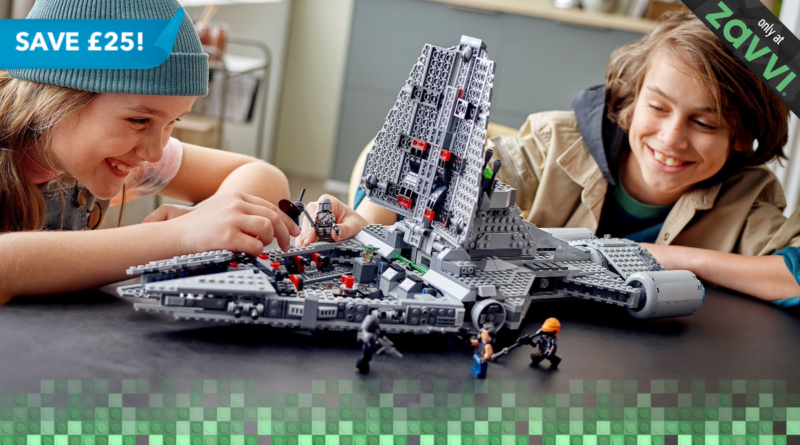 if you’re spending November 11 alone this year, you can now celebrate your individuality thanks to the annual retail event known as Singles’ Day. Starting in China in the 1990s – with 11/11 chosen for its four ‘bare sticks’, a Chinese slang term for ‘one’ that refers to an unmarried person – the occasion has become well-known worldwide thanks to retailers offering deep discounts on products.

Zavvi is joining in this year with a variety of LEGO offers in the UK. For instance, the newly-released 75315 Imperial Light Cruiser – which is a third-party retailer exclusive with Zavvi – has been marked down to £124.99 for Singles’ Day, making the exclusive Fennec Shand, Moff Gideon and Dark Trooper minifigures more affordable than ever.

Another notable deal as part of the sale is the reduction of this year’s 42129 4×4 Mercedes-Benz Zetros Trial Truck by £75 to £199.99. That saving of 27% might be enough to tempt you into buying the huge vehicle, with suspension on all four wheels and the ability to climb steep inclines thanks to the CONTROL+ compatibility.

These deals are exclusive the to UK Zavvi store and will only last during Singles’ Day, so head on over now for more offers on sets including both of the biggest LEGO Marvel Eternals builds, 76155 In Arishem’s Shadow and 76156 Rise of the Domo.