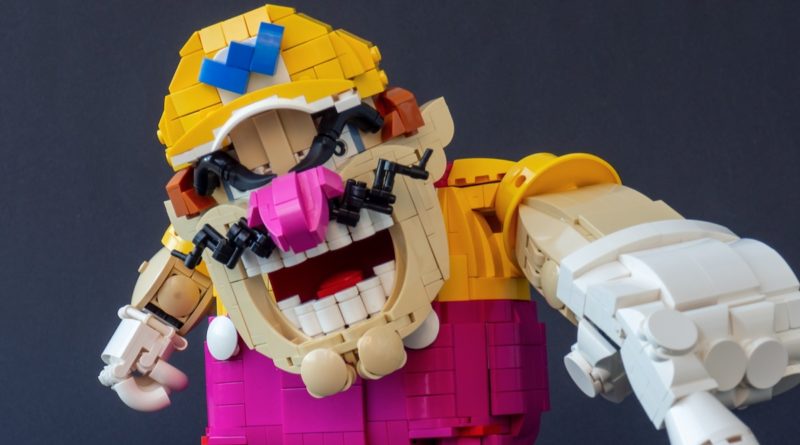 A Finnish AFOL has created some amazing LEGO models based on characters from Nintendo’s Super Smash Bros. games.

Brick Fanatics has previously featured a couple of Eero Okkonen’s fantastic models on the site in the shape of Futuristic Racing and Huwbot. The AFOL from Finland has been busy creating all kinds of LEGO builds in recent years and his latest constructs are sure to appeal to fans of Nintendo’s Super Smash Bros. games.

Head on over to Okkonen’s blog at Cyclopic Bricks now and you can check out his many amazing models, with two of the most recent being Wario and Palutena. Both have appeared in Super Smash Bros. games as playable characters but have yet to be immortalised in official LEGO form.

Okkonen reveals that he created his latest impressive models for a ‘digital scene contest’, with both fighters also being placed on a suitable Super Smash Bros. themed backdrop. Although there are no specific measurements listed for each build, Okkonen does mention that Palutena is ‘exactly 100 studs wide’, which gives some idea of the scale of the models.

We previously posted a list of characters we’d like to see appear in the LEGO Super Mario theme at some point and Okkonen’s Wario model makes us realise once again how much fun an official version of the character would be.

The next wave of LEGO Super Mario sets was recently revealed and will be available to purchase from August 1, 2022. You can find out more about which characters and models will be included right here.