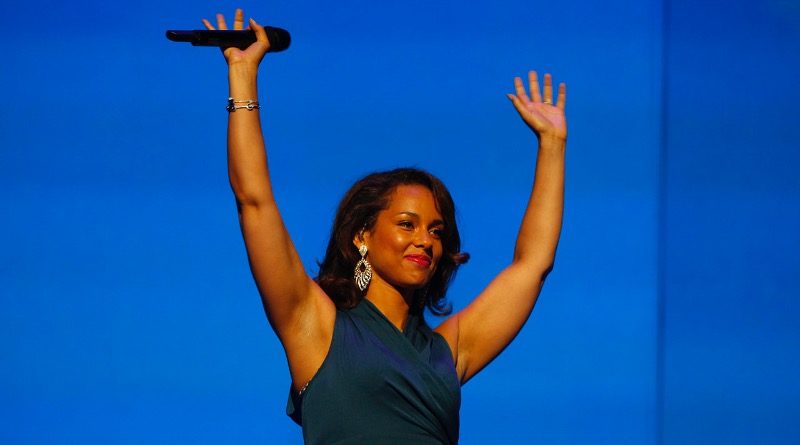 Singer and celebrity LEGO fan Alicia Keys has received what may be the world’s most expensive LEGO-themed necklace for her 40th birthday.

TMZ reports that Keys’ husband and rapper Swizz Beatz commissioned a chain ‘worthy of Alicia’s love for LEGO’ from Elliot Eliantte. And while the jeweller hasn’t revealed exactly how much the musician spent on the necklace, it’s believed to be worth ‘at least six figures’.

The accessory spells out Keys’ name in angular, blocky lettering, but it’s the gems that really sell this as a LEGO-themed piece, as they’re arranged to resemble studs. The necklace also incorporates a variety of bright colours, reflecting the LEGO Group’s own third-party collaborations with Levi’s and Adidas.

Of course, the company had no direct involvement with Keys’ birthday gift, which was entirely the work of Elliot Eliantte – and doesn’t involve any actual LEGO elements. But it does have 65 carats of diamonds and sapphires, so we’re sure the singer isn’t complaining.

The necklace wasn’t the only LEGO gift she received for her 40th birthday at the end of January, either: according to TMZ, Keys’ brick collection was boosted by the addition of LEGO Architecture 21042 Statue of Liberty.

We don’t know exactly how much LEGO the singer has, but you have to imagine it’s a lot. And she’s apparently not afraid to show off her hobby: in 2013, Keys wore a distinctly LEGO-themed top while touring her album ‘Girl on Fire’.

She’s in good company, too – plenty of other celebrities have revealed a newfound love of LEGO in recent months, including Orlando Bloom, Zoe Ball and Rahul Kohli.