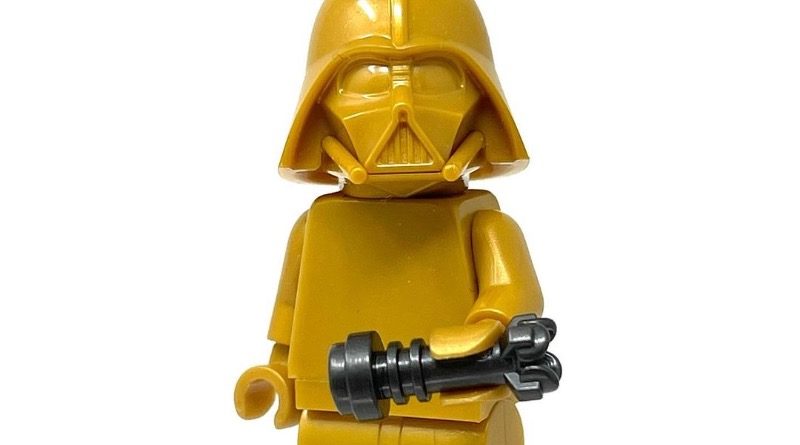 Collectors of LEGO rarities, be warned: there’s a mis-moulded Star Wars lightsaber hilt in the wild that you’re probably never going to get your hands on.

The strange accessory popped up on the Instagram profile of minifigure_dreams, and – like any authentic element – carries the LEGO stamp. That suggests it’s a genuine piece, but one that will likely remain beyond the reach of most collectors.

One end of the element looks exactly like the regular lightsaber hilt that’s been around since 1999 (and not the prototype version that featured on some classic LEGO Star Wars boxes), but the other extends the official piece’s four-pronged claw design, eschewing its rounded base.

That means you probably can’t clasp a lightsaber blade into either end of this hilt, reducing its flexibility as a minifigure weapon. But it was probably never really intended for that purpose, because the most likely explanation for this curio is that it’s the result of a short shot moulding error.

In basic terms, that’s an injection moulding fault where the plastic doesn’t completely fill the mould – which would explain why the bottom of this hilt is missing.

The normal lightsaber hilt is one of the few designs the LEGO Group hasn’t revisited since those earliest sets from a galaxy far, far away. We’ve had minor variants for specific characters – Count Dooku and Asajj Ventress both received curved hilts – but the standard weapon has remained consistent for more than two decades. Even Kylo Ren’s crossguard saber was achieved using a custom blade.

Any variant on the classic hilt will no doubt be highly sought-after – but for now at least, this version will seemingly remain exclusively in the hands of minifigure_dreams. (If you want that gold Darth Vader helmet, on the other hand, there’s at least one on eBay right now.)