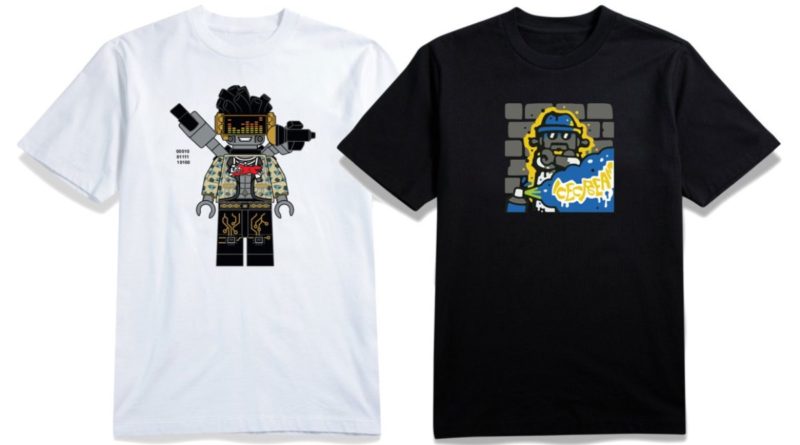 The brainchild of record producer, rapper, singer and songwriter Pharrell Williams, Billionaire Boys Club will be collaborating with the LEGO Group to release a limited capsule collection based on the music video maker AR app. The clothing collection will include two kids’ T-shirts and an adult T-shirt featuring unique LEGO VIDIYO character artwork.

LEGO VIDIYO 43108 Bandmates launched in the UK, Europe, Australia and other markets on October 1 and on November 1 in North America. This follows rumours that 43108 Bandmates would be cancelled altogether, although the theme will go on hiatus in 2022.

LEGO VIDIYO won a prize in the Innovation Category at this year’s Smart Toy Awards 2021 and was also nominated for a Toy of the Year Award. Most recently LEGO VIDIYO appeared as a special island in Nintendo’s Animal Crossing: New Horizons video game on Nintendo Switch.

The Billionaire Boys Club x LEGO VIDIYO collection will be available to buy on November 22 here for $55.