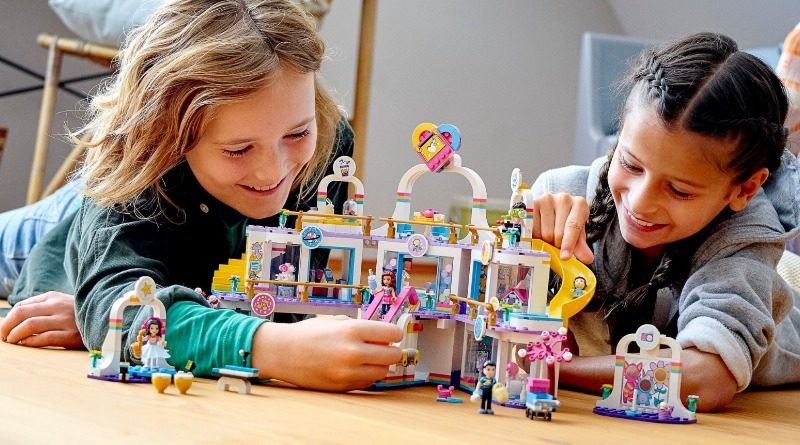 The LEGO Group has officially unveiled the March 2021 wave of LEGO Friends sets, including their prices and piece counts – and one previously-unseen model.

Five Friends sets are due to launch on March 1, including the rest of the Vet Clinic subtheme, a shopping mall and a bakery. Four of that quintet were originally revealed in a consumer catalogue in December 2020, with the first official images of three sets arriving back in January through a Bulgarian retailer.

This is the first time we’ve got a proper look at 41442 Vet Clinic Rescue Buggy, though – and the first time we’ve ever seen 41445 Vet Clinic Ambulance, which has somehow entirely avoided being revealed ahead of schedule. Both of those sets are now listed on LEGO.com, along with the three we’ve already seen, giving us a closer look at the Friends sets launching next month.

You can check out all the details on these five sets, including the highly-anticipated 41450 Heartlake City Shopping Mall – the first LEGO Friends shopping mall since 2014 – in the individual galleries below.

All five of these sets will launch on March 1. The January wave of LEGO Friends models is currently available to order from LEGO.com, including the first set in this year’s Vet Clinic subtheme, 41692 Vet Clinic Rescue Helicopter.