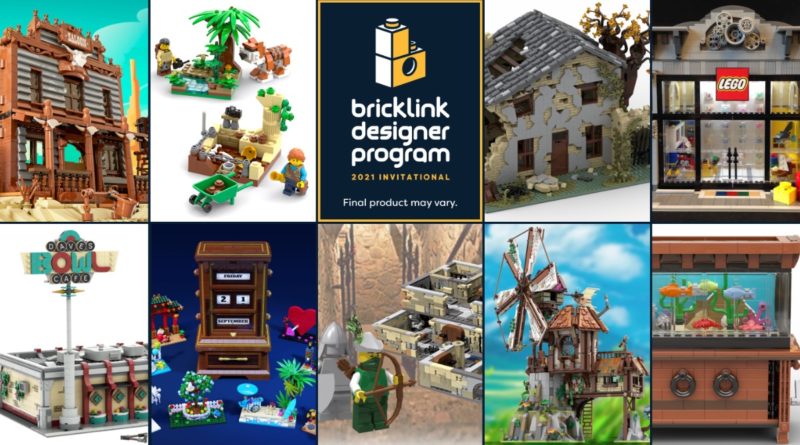 The second round of crowdfunding for the LEGO BrickLink Designer Program is now underway, with nine more rejected LEGO Ideas projects available to pre-order.

Only the first five of those to reach a minimum 3,000 backers will go into production, however, so the race is on to see which of them will make the cut. If you’re keen to back any of this latest batch of sets, best to do so quickly before the opportunity slips between your fingers.

This is a fairly expensive round, at least if you’re interested in multiple projects, with all but two commanding triple-figure prices across all currencies. How much bearing that will have on which projects go into production, and how long they take to do so, remains to be seen – but keep one eye on Brick Fanatics over the next couple of hours, as we’ll be reporting the latest developments as they happen.

Here’s a complete rundown of all the projects in the second round of the BrickLink Designer Program, along with their prices and piece counts. Included in this list is Venetian Houses, which has replaced Brickwest Studios following the fatal shooting on the set of Rust.

This round of the crowdfunding program will be open until December 14 at 8pm UK time, with each of the five successful projects maxing out at 10,000 pre-orders. Unlike in the first round, however, there’s now a limit of one set per customer, so nobody can snap up multiples of the most popular projects to sell on the aftermarket.

Sets from this round will be purchased through LEGO.com’s checkout (after being taken through BrickLink), and will ship in the third quarter of 2022. You won’t need to pay a penny until then, although the LEGO Group will put a temporary hold on funds in your account to authorise the purchase.

The third and final round of crowdfunding will take place at some point in 2022. Based on the gap between the first and second rounds – widened after the LEGO Group decided to revisit certain rules around the program, following fan feedback – expect it to kick off in early spring.

One thought on “LEGO BrickLink Designer Program Round 2 live now”