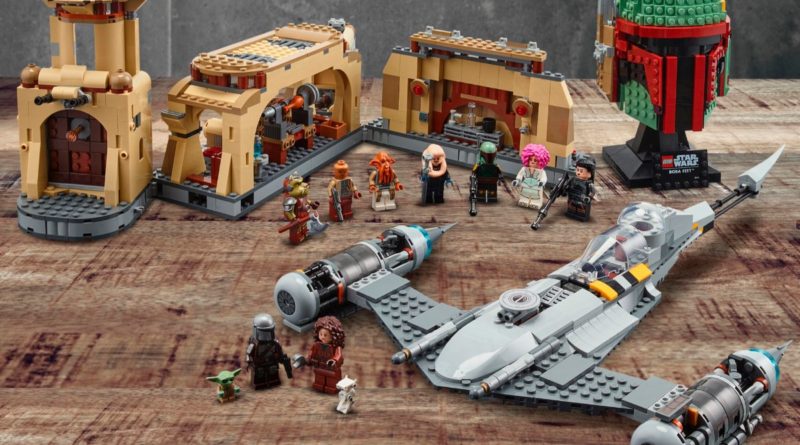 If you’re yet to get your hands on the latest LEGO Star Wars Boba Fett minifigure, there could soon be a cheaper and easier way to add it to your collection.

First debuting in last summer’s 75312 Boba Fett’s Starship, the most recent iteration of the bounty hunter takes inspiration from his appearance in The Mandalorian and The Book of Boba Fett. He uses the same sand green helmet and jetpack as previous Boba minifigures, but now has redesigned torso and leg pieces, combining black and dark green to better reflect his armour in the Disney+ shows.

That’s because he’s apparently due to appear again in 75344 Slave I Microfighter (which could yet be called 75344 Boba Fett’s Starship Microfighter, of course). When word of that single addition to the Microfighters first emerged, there was some hope that it might be based on Jango Fett’s version of the ship from Attack of the Clones – bringing back a much-sought-after minifigure in the process.

The latest reports now suggest it will be tied to The Book of Boba Fett after all, and in turn give us another opportunity to pick up the latest Boba minifigure. According to those same rumours, the minifigure will disappointingly still sport the same sand green helmet and jetpack (where dark green would arguably be more accurate), but it will at least be the cheapest way of getting it yet: like previous Microfighters, it’s rumoured to retail for €9.99.

Nothing is confirmed at this stage, which means the Boba minifigure could change, the set could indeed be based on Jango Fett’s ship, or it could not exist at all. We’ll find out one way or another once the LEGO Group unveils its LEGO Star Wars line-up for 2023. Until then, take everything here with a grain of salt.