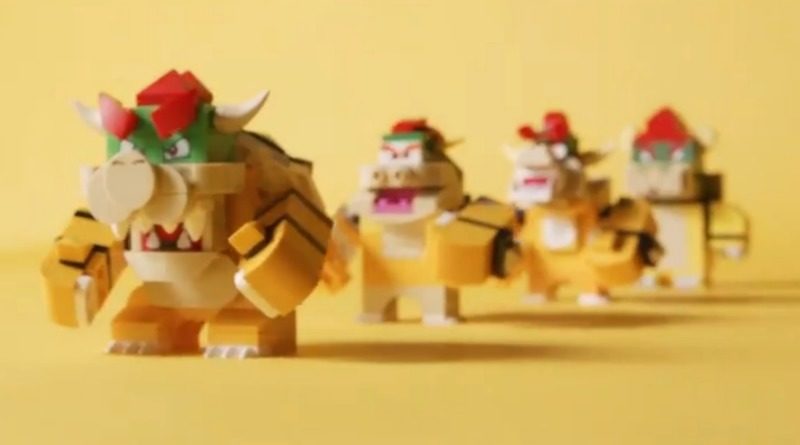 The first wave of LEGO Super Mario sets launched earlier this year, bringing the iconic videogame world and its inhabitants to life in LEGO. These aren’t traditional minifigures, though: instead, they’re brick-built characters, combining classic elements with new, one-off pieces.

The company’s social media team has now tweeted out a short clip showing how three of those characters evolved. And it gives us a rare peek at the LEGO Group’s design processes: Toad’s unique headpiece, for example, only arrived right at the end.

Yoshi’s nose, meanwhile, was originally square, before the designers landed on the effective combination of two curved bricks. And the leap from Bowser’s penultimate iteration to his final form is frankly mind-blowing, as you can see in the video below.

What’s most immediately apparent about these characters, though, is how they grew in size over time. That might speak to how the scale of the sets changed during the four-year development process, or even how the digital Mario figure himself might have changed in size.

The LEGO Super Mario theme will continue in 2021 with seven new products: 71380 Master Your Adventure Maker Set, three new expansion packs, two new Power-Up Packs, and a second series of Character Packs. All the new sets will launch on January 1.

And, of course, they’ll all be compatible with this year’s first wave of LEGO Super Mario sets, which are available right now. You can support Brick Fanatics by ordering them from LEGO.com using our affiliate links.