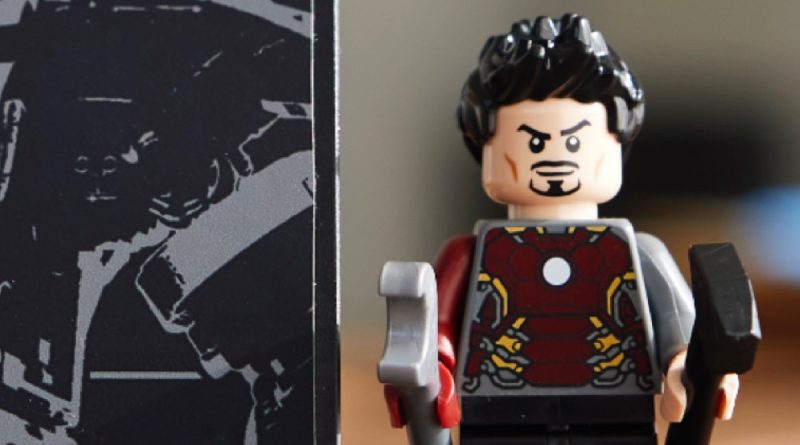 The official reveal of 76210 Hulkbuster has given us a better look at LEGO Marvel’s brand new, exclusive and all-too-familiar Tony Stark minifigure.

Properly unveiled earlier this week following a premature reveal at a LEGO Certified Store in Indonesia, the latest LEGO Marvel set is also the theme’s biggest of all time at 4,049 pieces. It captures the same Iron Man suit as 76105 The Hulkbuster: Ultron Edition, but with three times the bricks for four times the price, and is compatible with 76206 Iron Man Figure. You’ll only find a single minifigure in the box, though, in the form of Tony Stark.

Still, as you’d expect from any exclusive minifigure in a £475 / $550 / €550 set, this version of Stark includes intricate arm and leg printing, dual moulding, and… no, hang on, he doesn’t have any of that. There’s an exclusive torso print, for sure, depicting Stark in the midst of suiting up, but it’s really only a minor update to the minifigure included in 2019 gift-with-purchase 40334 Avengers Tower.

He’s got completely plain black legs, meanwhile, and the same old head and hair combo we’ve seen in countless other Tony Stark minifigures to date. There’s nothing especially wrong with his face print beyond the familiarity, given it’s a pretty accurate representation of the character (as portrayed by Robert Downey Jr.), but he could definitely benefit from a new (or at least different) hairpiece.

With all that in mind, chances are you won’t be picking up 76210 Hulkbuster purely to get your hands on its minifigure. If you’re keen on adding a minifigure of Stark suiting up to your collection, you’re probably best buying the 2019 version directly through BrickLink, where it can be had for as little as £13.31 (plus shipping) at the time of writing.