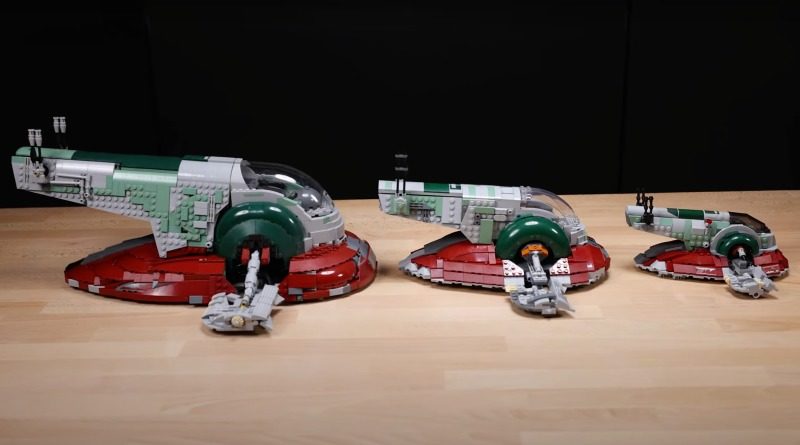 See three different LEGO versions of Boba Fett’s iconic ship from throughout the years side by side.

LEGO YouTuber Solid Brix Studios has shared a direct comparison between all three LEGO models of Slave I, in light of the recent reveal of 75312 Boba Fett’s Starship. The other two sets included are 75060 Slave I from 2015 and 75243 Slave I – 20th Anniversary Edition from 2019.

Each set gets more modern in style, but also gradually decreases in size. Every set also indicates its age by the Star Wars movie or TV show it refers to. For example, 75060 Slave I comes with a Boba Fett minifigure, a Stormtrooper, a Bespin guard, and a Han Solo figure, complete with a carbonite casing, attaching it to Star Wars: Return of the Jedi.

75243 Slave I – 20th Anniversary Edition includes similar minifigures, with the addition of Princess Leia, connecting it to the original trilogy as well. However, 75312 Boba Fett’s Starship makes a departure from this trend, including minifigures of Boba Fett and Din Djarin, highlighting the connection with one of the more recent Star Wars creations, The Mandolorian.

Hear about more of the differences, similarities, and general opinions of the LEGO YouTuber in his in-depth comparison by clicking on the video above. Plus, check out our in-depth review of 75312 Boba Fett’s Starship, with all you need to know about the build and final model, or find out what the actor of Boba Fett thought about the controversial set change name.