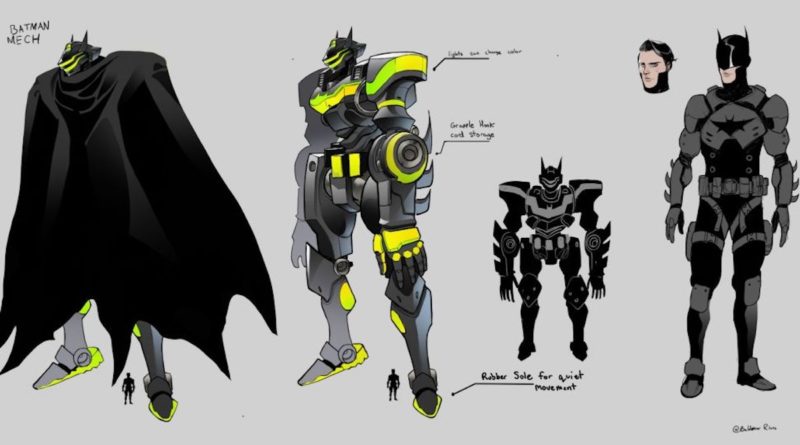 DC Comics has announced the release of a new DC Mech series, featuring characters that we think would make amazing spin-off LEGO sets.

The LEGO Group recently revealed the upcoming release of two Marvel mech models in one set with 76219 Spider-Man & Green Goblin Mech Battle. Although not explicitly named in the set or the description on the official online store, the mechs match the designs featured in a new Marvel Mech Strike: Monster Hunters ‘The Eye of Doom’ series coming soon.

Not to be outdone by their rivals, DC Comics has now announced the launch of a six-issue comic book series entitled DC Mech. Set on Earth-0, the Elseworld plot revolves around the Justice Society of America falling in battle against Darkseid and the forces of Apokolips, forcing humanity to create giant robotic weapons. They also find a new hero in the form of an alien called Kal-El, who arrives on Earth in his own massive mecha-suit.

DC Mech is written by Kenny Porter and illustrated by Baldemar Rivas, with the former being a huge fan of Mobile Suit Gundam and the latter having designed mech suits for each hero. Concept artwork for the series gives an idea of the scale of the mechs and some of the characters operating them.

As with the recent news that DC will be releasing a Jurassic League comic book miniseries, DC Mech certainly feels like it has the potential for spin-off LEGO sets. Giant mechs seem to be popular enough to have already appeared in the LEGO NINJAGO, Monkie Kid, Marvel and DC themes, so there’s certainly potential here for more huge metal machines.

A recent report states there are a number of rumoured LEGO Marvel and DC Comics sets on the way this summer, but there’s been no confirmation from the LEGO Group so far. 76219 Spider-Man & Green Goblin Mech Battle is due to be released on April 1, as are three similar sets in the shape of 76202 Wolverine Mech Armor, 76203 Iron Man Mech Armor and 76204 Black Panther Mech Armor.

DC Mech issue 1 is due to arrive on comic book shelves on June 26, 2022, with consecutive issues to be released monthly thereafter.