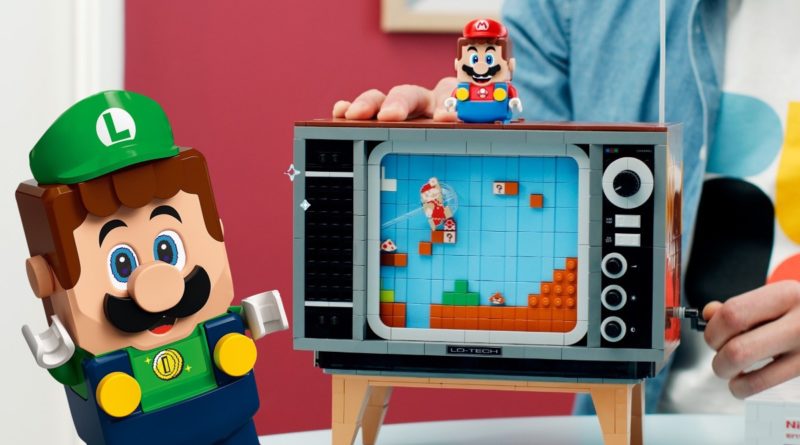 LEGO Super Mario has a new pal in LEGO Luigi – but can the green-suited digital figure interact with last year’s 71374 Nintendo Entertainment System in the same way as his brother?

That’s the question asked by LEGO Super Mario fans practically since Luigi was revealed, and now we finally have an answer. YouTuber just2good placed the plumber atop the direct-to-consumer set’s scrolling television to figure out whether Luigi would bring anything new to its interactive element.

If you’re unfamiliar with the specifics of 71374 Nintendo Entertainment System, it essentially uses the same tech as in the smaller Super Mario sets. Turn the crank to scroll through the classic, two-dimensional Super Mario Bros. level arranged on the screen, and a barcode sensor on top of the TV triggers music and sound effects in the digital figure.

Justin has now confirmed that yes, Luigi can interact with the TV screen in exactly the same way as Mario: placing him on top of the set and turning the crank triggers all the same music and responses. There’s not a whole lot new, though, as the only real difference is in Luigi’s reactions and phrases, matching those he comes out with when interacting with the regular Super Mario sets.

71387 Adventures with Luigi has also introduced multiplayer to the Super Mario theme, however, with any combination of the two bros able to interact with each other in both co-operative and competitive gameplay. And as Justin discovers in the video above, that does technically extend to last year’s D2C.

Pairing both Mario and Luigi before placing either of the figures atop the TV doesn’t trigger any hidden sound effects specific to 71374 Nintendo Entertainment System, but it does give both characters coin bonuses and ‘thumbs-up’ symbols on their chest screens, suggesting you could feasibly incorporate the set into a wider Super Mario course that combines 2D and 3D action.

If you don’t already own 71374 Nintendo Entertainment System, the addition of 71387 Adventures with Luigi alone probably isn’t enough to justify picking it up. That said, the interactive gimmick was already far down the list of reasons to buy, but only because the set itself is otherwise so incredible. It’s long been a part of Brick Fanatics’ Top 20 LEGO Sets List, after all…

71387 Adventures with Luigi is available right now, alongside the rest of the summer Super Mario wave and 71374 Nintendo Entertainment System. Consider supporting the work that Brick Fanatics does by purchasing your sets using our affiliate links. Thank you!