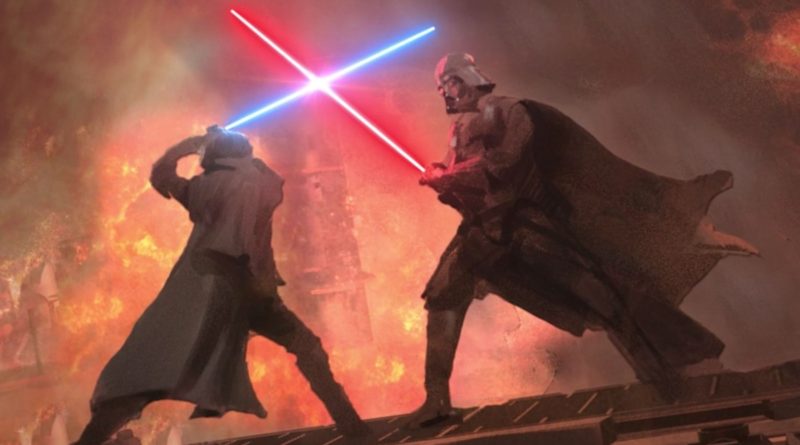 The latest LEGO Star Wars rumours suggest the LEGO Group may be actively ignoring Attack of the Clones’ 20th anniversary in 2022.

While the initial line-up of product numbers and price points that emerged earlier this year left plenty of room for sets based on Episode II, those gaps have been steadily filled by rumoured sets pertaining to TV shows and video games, leaving very little room to celebrate the middle prequel movie turning 20 years old.

In fact, just two of this summer’s sets were originally thought to be inspired by Attack of the Clones – and now even one of those, 75337 AT-TE, is said to actually be based on Revenge of the Sith. Bar any surprise launches (which 75303 could represent, at least), we’re currently looking at just the one LEGO Star Wars: Episode II set in 2022 with 75333 Jedi Starfighter.

Here’s a quick reference list for every single LEGO Star Wars set released, confirmed, revealed or rumoured for 2022, now updated to include the full slate for the entire year – at least as it looks right now. Scroll down for detailed information on those unreleased and rumoured sets, and check back regularly with Brick Fanatics for updates on all these products.

And remember: take any rumours you read here with a pinch of salt.

This BrickHeadz double pack is said to be the first set specifically based on Disney’s new Obi-Wan Kenobi limited series, with a release date pencilled in for May. If it comes to pass, it won’t be our first BrickHeadz rendition of Darth Vader, but it will be our first Obi-Wan in the statuette template.

Very little is known about 75303, a set that by all accounts should probably have launched in 2021, situated between 75302 Imperial Shuttle and 75304 Darth Vader Helmet. Its current status is seemingly in limbo, but Brickset has it listed as an Ultimate Collector Series model due for release in 2022…

Now with a more concrete product name courtesy of an online retailer, 75323 The Justifier – previously referred to as ‘Cad Bane’s Ship’ – is thought to be based on the animated spin-off series Star Wars: The Bad Batch. It does coincide nicely with Cad Bane’s live-action debut in The Book of Boba Fett, though.

The biggest LEGO Star Wars set of 2022 is rumoured to weigh in at $529.99 in the US, which would represent a brand new price point for the theme, somewhere between 75290 Mos Eisley Cantina and 75313 AT-AT. Speculation says it’s a Master Builder Series set – we’re due one based on the pattern established since 2017 – but what exactly it could be is a complete mystery at the moment. We’re hoping for a certain Episode II arena…

Yes, we’ve just had a chicken walker in 75322 Hoth AT-ST, but this version should offer something a little different if rumours are true. Apparently, 75332 AT-ST will be a more traditional interpretation of the walker from Return of the Jedi – and will be another 4+ set, aimed at a much younger audience with a simplified build.

Now rumoured to be the only Star Wars: Attack of the Clones set in store for the movie’s 20th anniversary, this fresh take on Obi-Wan’s Jedi Starfighter – the first since 2017’s 75191 Jedi Starfighter with Hyperdrive (pictured above) – is also said to include our first-ever Taun We minifigure. Initial rumours suggested the Kaminoan would come in the form of a mini-doll, but they’ve since been confirmed as false.

The LEGO Group has shown it’s capable of turning around sets based on the Star Wars TV shows relatively quickly with 75325 The Mandalorian’s N-1 Starfighter, and it looks like that effort will also extend to the Obi-Wan Kenobi limited series. The rumoured name of the smaller of two non-BrickHeadz sets expected for the show suggests it’ll be based on a climactic showdown between the Jedi master and Darth Vader.

Less timely is word of a LEGO Star Wars set based on Jedi: Fallen Order, a video game that originally arrived in 2019. The LEGO Group has famously shied away from it to date, but whether because of an internal shift in policy or simply a BD droid’s appearance in The Book of Boba Fett, it’s now rumoured to be embracing the Respawn Entertainment title with a buildable BD-1 droid.

The second of two non-BrickHeadz Obi-Wan Kenobi sets thought to be launching in 2022 is rumoured to focus on a vehicle, which – going by the show’s one and only trailer – could be the ship flown by the villainous Inquisitors. There’s no word yet on specific minifigures that may be included, but there are plenty of exciting candidates in that initial trailer alone…

While this year marks the 20th anniversary of Attack of the Clones, the rumoured 75337 AT-TE will apparently be based on Revenge of the Sith, and may finally include a heavily-requested Phase II Commander Cody minifigure. Whatever the case, its mooted price point and piece count would make it the biggest and most expensive version of this vehicle to date.

Rogue One: A Star Wars Story spin-off series Andor still doesn’t have a confirmed premiere date, but the LEGO Group apparently already has a set up its sleeve for the Disney+ show. That’s according to StoneWars, anyway, which notes this rumour leans a little more into speculation than the rest of the line-up for 2022.

Another year, another LEGO Star Wars advent calendar. If there’s one release in the annual line-up you can safely predict, it’s this one – but less predictable are its contents, which could theoretically draw on any or all of the entire Star Wars canon. Last year’s (pictured above) focused on The Mandalorian, but it’s tricky to say what the LEGO Group will opt for this time round.

Remember, almost everything here is still just a rumour for now (with the exception of those sets already listed at LEGO.com) – and more sets than these could still be in the pipeline.