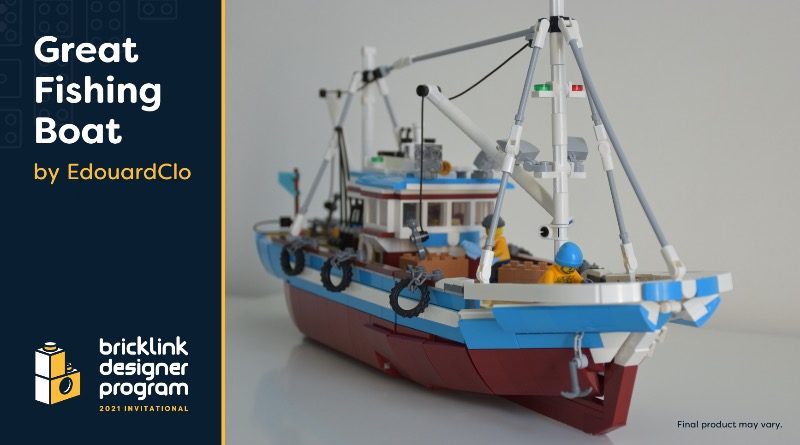 Just a day before the first round of crowdfunding for the BrickLink Designer Program gets underway, EdouardClo’s Great Fishing Boat has finally moved from the ‘test building’ phase to ‘production ready’.

The roughly-1,600-piece model was one of two projects still in the testing phase when BrickLink confirmed the line-up for the first round of crowdfunding, alongside ThomasW’s Mountain View Observatory. That set has since been shelved for the time being due to ‘unforeseen complexities’, but will appear in a future crowdfunding round.

Thankfully for fans hoping to get their hands on the Great Fishing Boat sooner rather than later, the same fate hasn’t befallen EdouardClo’s rejected LEGO Ideas project. Instead, it will be available for pre-order from July 1 at 4pm UK time, alongside six other sets. Here’s the full list:

The first five of these projects to hit 3,000 backers will go into production, with pre-orders maxing out at 5,000 per set. Prices, final piece counts and packaging for all seven projects has yet to be confirmed, but we’ll hopefully learn more tomorrow.