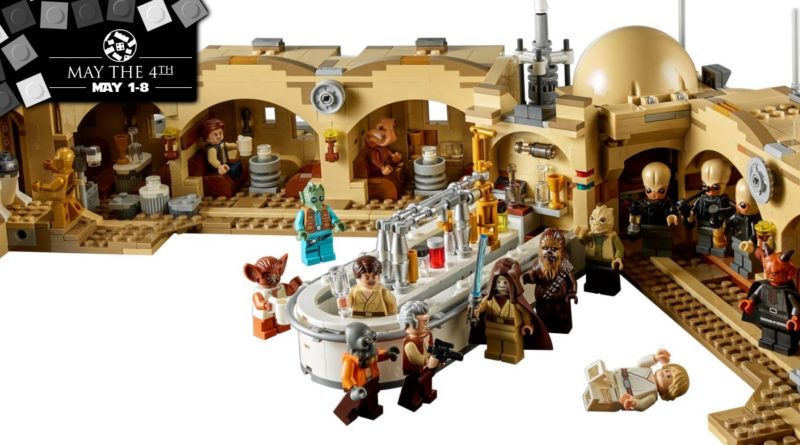 The next Star Wars streaming series starts soon, and you can prepare for Obi-Wan Kenobi now with five LEGO Star Wars sets during May the 4th.

Obi-Wan Kenobi will begin streaming on Disney+ from May 27 with two episodes on the first day. That’s also the same day as Star Wars Celebration 2022, which has a LEGO panel that might be teasing some set reveals.

It’s a little while before the series begins, but before then you can prepare for Obi-Wan Kenobi with these five LEGO Star Wars sets, some of which will get you double VIP points for a limited time.

One of the only LEGO Star Wars sets currently available to include a minifigure of Obi-Wan Kenobi is 75290 Mos Eisley Cantina. This huge model also features a variety of other rare characters, many of which are exclusive to the set. This will also greatly help in expanding a Tatooine display, one of the planets where the series will take place.

Also good for a Tatooine display is 75326 Boba Fett’s Throne Room. While the events of the show take place long before Boba Fett took control of the palace, the design of this set matches the architecture of 75290 Mos Eisley Cantina.

As one of the most recently-released LEGO Star Wars set, 75329 Death Star Trench Run Diorama ties into the story of Obi-Wan Kenobi as the deceased Jedi speaks to Luke Skywalker as the final hope of destroying the space station.

The interior of the shuttle is depicted with room for every included minifigure.

Anyone wanting a display-focused representation of Darth Vader in bricks needs only look towards 75304 Darth Vader Helmet, capturing the shape of the Sith Lord’s armour, ready for his modern appearance in the Obi-Wan Kenobi series. It’s available now for £59.99 / $69.99 / €69.99.