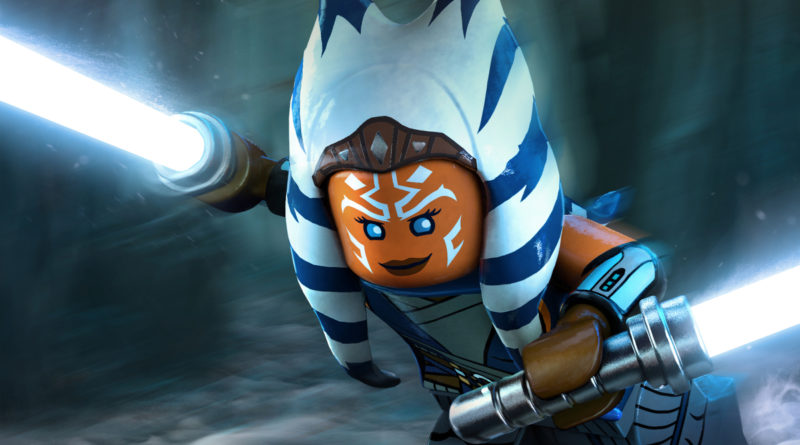 The House of Mouse’s biggest event of the year will cover all things Marvel, Lucasfilm and Pixar across three days of panels, from September 9 to 11, right out of Anaheim, California. You won’t need to be on the ground for everything, though, as Disney is live-streaming select panels over the weekend – including tonight’s Disney and Marvel games showcase, which starts at 9pm UK time.

Alongside some sort of update on LEGO Star Wars: The Skywalker Saga, the panel is likely to include news on a number of already-revealed video games, alongside potential first looks at a few still in the early stages of development – and perhaps even announcements of brand new projects. While we don’t yet know for sure which games will be featured, here’s a quick rundown of a few of the biggest names we’re expecting (or hoping) to see…

With the Star Wars video game licence freed from the shackles of EA, other major publishers have swooped into a galaxy far, far away – including Ubisoft, which is developing a mysterious open-world title. Little has been revealed about the project since its initial announcement in 2021, and while we’re not holding our breath for any news at D23, we wouldn’t rule it out just yet.

Square Enix and Crystal Dynamics’ live service superhero game has had a rocky reception since releasing in 2020, but the studios have nonetheless shown it consistent (if slow) support. The next update will bring Bucky Barnes (or the Winter Soldier) into the mix, but we don’t yet know when that will happen. A firm launch date – and a look at other brand new content for the game – could be on the cards at D23.

Respawn Entertainment’s heavily-anticipated sequel to Jedi: Fallen Order was first unveiled at Star Wars Celebration earlier this year, and is due to hit consoles in March 2023. The marketing campaign around the game will presumably be shifting into gear by the end of 2022, so D23 feels like the perfect opportunity to give us a first look at the sequel’s gameplay.

Amy Hennig – creator of Naughty Dog’s acclaimed Uncharted series – is currently working on a ‘narrative-driven, blockbuster action-adventure’ Marvel game, which is rumoured to focus on Captain America and Black Panther during World War 2. Disney has promised a first ‘sneak peek’ at the title during its video game showcase, so we won’t have to wait too much longer to find out if those rumours are true.

Disney has already confirmed that it’s going to be announcing something new for LEGO Star Wars: The Skywalker Saga at D23, but details beyond that are few and far between at this point. We’re likely looking at more downloadable content, such as new character packs for Obi-Wan Kenobi or Andor, or perhaps even level packs for any of the series spin-off shows, but we’ll find out for sure later today.

All of these titles could help shape the future LEGO Marvel and Star Wars portfolio in one way or another, as both themes have leaned on video games in the past. We’ve had superhero sets indirectly inspired by Marvel’s Avengers, for instance, while this summer’s LEGO Star Wars line-up has finally embraced Jedi: Fallen Order with 75335 BD-1. And with that in mind, we wouldn’t be surprised to see sets for its sequel in 2023…

Make sure to check back with Brick Fanatics for all the biggest stories out of D23’s Disney and Marvel games showcase.