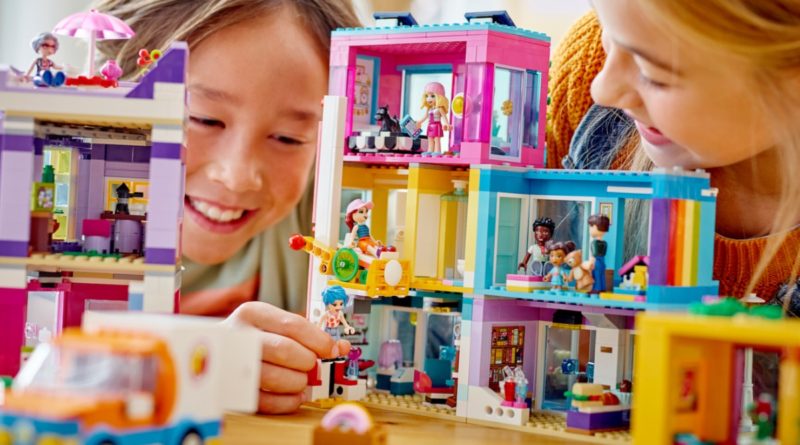 As LEGO Friends celebrates 10 years, a design director has explained how the theme has embraced diversity and modernised since its launch.

The continued coverage of the 10th anniversary of LEGO Friends has revealed how the LEGO Group approaches diversity and catering to children, even down to the fictional location of Heartlake City.

“To represent Heartlake City as a modern city that resonates with children, we’ve worked hard to evolve the stories to reflect everyday life as kids see it today,” noted Creative Lead and Design Director of the LEGO Group, Fenella Blaize Charity. “The new 10th-anniversary set is a testimony to how Heartlake City has modernised over the last ten years.

“We’re taking very deliberate steps to ensure the Friends universe continues to better cater for the growing diverse audience of LEGO Friends. With our 2022 product line-up, we have the most diverse character lineup we have ever had – including lots of amazing new supporting characters. The colour palette and tone of voice has also evolved to represent the modern world – with new exciting architecture and details.”

Part of that modernisation and commitment to diversity is especially visible in 41704 Main Street Building, with a variety of mini-dolls and a modular architecture style that is also accessible between floors.

The quote follows concerns of gender bias in LEGO Friends, which the LEGO Group has responded to stating that the 2022 sets would reflect change regarding the number of male mini-dolls and their ages.