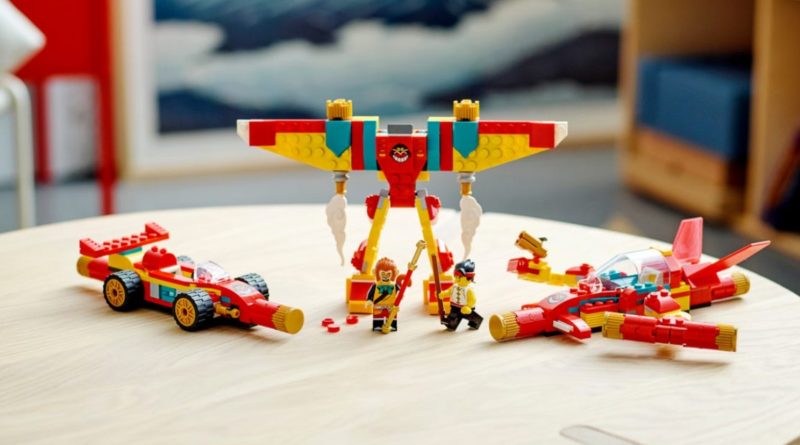 As another designer reveals a variety of secrets and personal touches in the largest 2022 Monkie Kid model, Nick Vás has also shared an Easter egg featured in a build on the opposite end of the price scale.

Galidor has been fresh in the minds of the LEGO Monkie Kid design team during the development of 80030 Monkie Kid’s Staff Creations as one of the modular vehicle options resembles a classic set from the experimental theme.

By taking the wings of the jet and combining them with the body of the mech included in the set, the finished creation – which is featured on the box art – references 8313 Nick Bluetooth Deluxe as a similar poseable brick-built figure with wings instead of arms.

LEGO Galidor has been popular source material for LEGO designers to use for Easter eggs in recent years with the classic product line remaining relevant enough to get a dedicated episode on the official LEGO Games podcast. The new 2022 modular building, 10297 Boutique Hotel, even features a direct homage to the theme 20 years after its launch.

80030 Monkie Kid’s Staff Creations is available now as one of the seven new Monkie Kid sets available for 2022, with the product line eligible for the 40491 Year of the Tiger GWP that goes on offer next week.