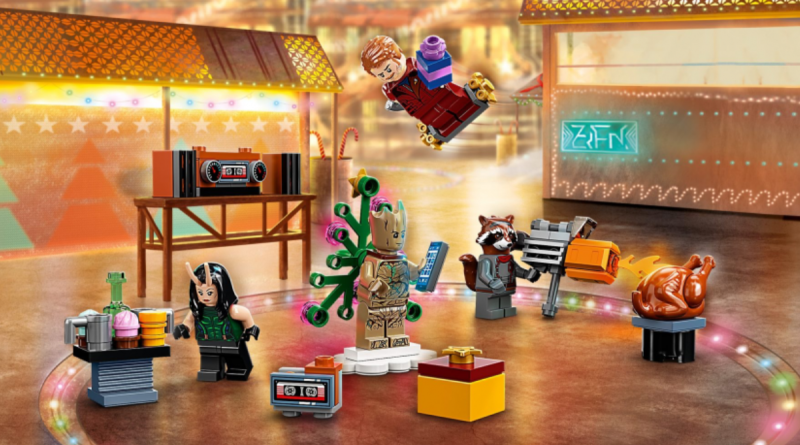 Marvel Studios’ Guardians of the Galaxy Holiday Special is now streaming, allowing us to compare it to its LEGO advent calendar for a mixed result.

The first LEGO Marvel advent calendar based on the Marvel Cinematic Universe advent calendar is inspired by the Guardians of the Galaxy Holiday Special with 24 builds and minifigures drawing from both the special itself and the wider history of these characters in the MCU.

In terms of minifigures, Nebula, Groot, Rocket, Star-Lord, Drax and Mantis all feature prominently and their minifigures make sense, though Drax has a different jumper design and Nebula is missing any kind of festive decoration, including the headband she wears in the special.

However, the most glaring omission in terms of minifigures is Kraglin, who has yet to receive a minifigure. Kevin Bacon is missing too but that’s more understandable than a member of the team, rather than a guest for the special. With rumours of Guardians of the Galaxy Vol. 3 sets, it’s possible that we’ll get a Kraglin minifigure in the future.

The builds are a mix of Guardians-inspired creations and ones specific to the holiday special with highlights including the candy cane prop that Mantus gives away, Groot being decorated as a tree referencing the post-credits scene and the guitar for the musical number. While a spare minifigure arm isn’t featured as a gift for Rocket, another body part that he was interested in is – the eye.

The large, multi-door creation that can seat a minifigure may not appear to be anything from the special at first but with its four engines, it appears to be a microfighter-esque version of the Bowie, the team’s new ship as revealed in the special.

76231 Guardians of the Galaxy Advent Calendar is available now on the official online store and it’s nearly time to start opening those doors. For a full guide on what to expect and our impressions, you can read our review by clicking here, though it has spoilers as you may have guessed.