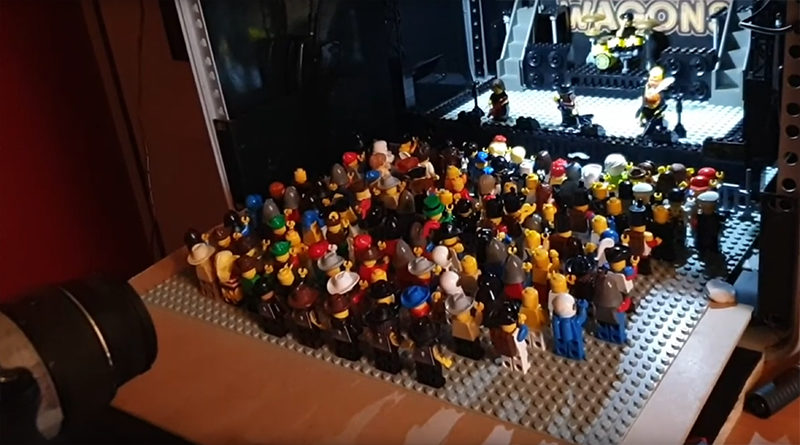 British based band Massive Wagons recently released a music video for the band’s new track using LEGO sets and minifigures. The video for Bangin In Your Stereo sees a LEGO minifigure rendition of the band rocking out in front of an audience of their fellow smiley citizens.

In a behind the scenes video, Bootyard Bandits’ Paul White reveals how he put the stop motion video together in just four weeks. He explains how he aquired custom minifigures, how he put the sets together and what the overall process was.

“The most complicated scene of the whole lot was obviously the last scene, the last third of the song, where we are doing the live show. Again the set is quite straightforward but I needed a crowd of over 1,000 minifigures jumping up and down in unison,” he explains.

The track will feature on Massive Wagons’ new album, House of Noise, which will launch on July 17.

To learn more about how the video came together, read this exclusive Brick Fanatics interview.