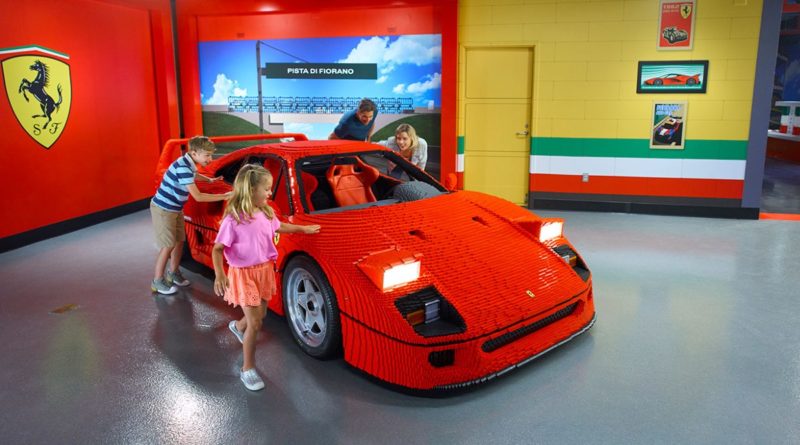 The newest attraction at LEGOLAND California resort has been fully revealed, featuring a life-sized Ferrari model made using 358,000 pieces.

LEGO Ferrari Build and Race is now open at LEGOLAND California following the initial reveal of the build and the announcement of the attraction. The huge supercar model has been revealed previously, though full images from the inside of the area have now been shared.

In LEGO Ferrari Build and Race, guests will experience cutting-edge technology not available at any other LEGOLAND resort. Part of this can be seen in the below gallery, through a giant table with a race track where custom cars can be scanned in before being virtually raced against each other.

“Kicking off what is anticipated to be one of the biggest vacation seasons to date, LEGOLAND California is thrilled to bring this first-of-its-kind attraction to Carlsbad, California,” shared President of LEGOLAND California Resort Kurt Stocks via PR Newswire. “On the heels of Miami’s Grand Prix, we know what a thrill the Formula 1 races can be, and we’re excited to give our guests a taste of that experience here at the Park.”

In concept, this feature is similar to the LEGO Reef attraction that can be found at other resorts, though those don’t have the Ferrari branding that might make this a more appealing experience.

LEGOLAND California also recently received a brick-built recreation of the SoFi stadium, which is now available to see at the park too.