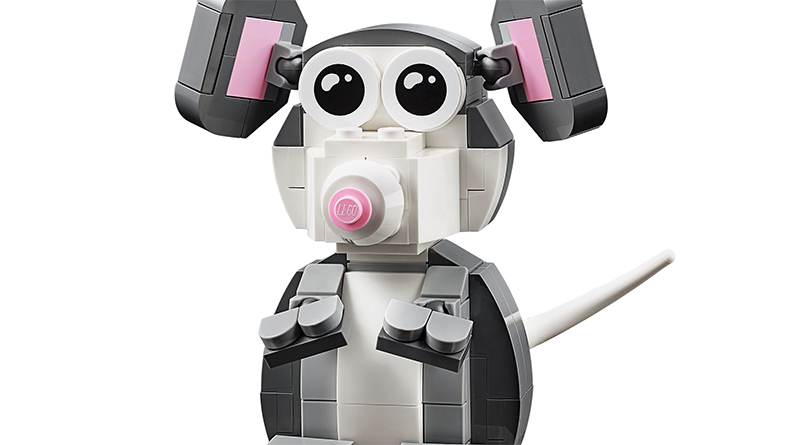 LEGO 40355 Year of the Rat was revealed back in November, with the set due to be part of a gift-with-purchase deal starting tomorrow. As is tradition for this series, the set comes in an easy-to-open box with a red envelope for gifting money, as is tradition during Chinese New Year. Last year the special set was 41086 Year of the Pig.

The Brick Fan shares official images of the new set for the first time. Using 162 pieces, it builds a cute rat in honour of this year’s animal.

From tomorrow, any order at LEGO.com totalling £80 or more, or $80 in the USA, will get 40355 Year of the Rat added to the order for free. There are some appealing new releases that qualify for the promotion, with two new Lunar New Year sets having launched a few days ago – 80104 Lion Dance and 80105 Chinese New Year Temple Fair.

The deal can be combined with another promotion that offers the free 30624 Obi-Wan Kenobi – 20th Anniversary Edition minifigure with any LEGO Star Wars order totalling £40 or more.