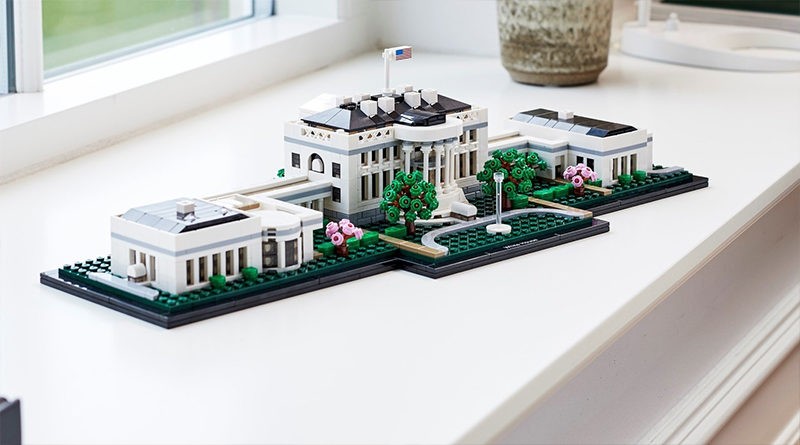 The upcoming set, LEGO Architecture 21054 The White House, will launch on June 1 at LEGO.com. The 1,483 piece set was announced in January, before a boxed image was shared in April. Now, fans can see a whole gallery of pictures showing the new model off.

It is the second edition of the USA’s seat of government, following 21006 The White House a decade ago. This new edition of the US President’s residence and base of operations will be significantly larger.

As one of the USA’s best known landmarks, it is a release that is likely to have broad appeal as the LEGO Group pursues more adult consumers with a new box style and 18+ age marking.