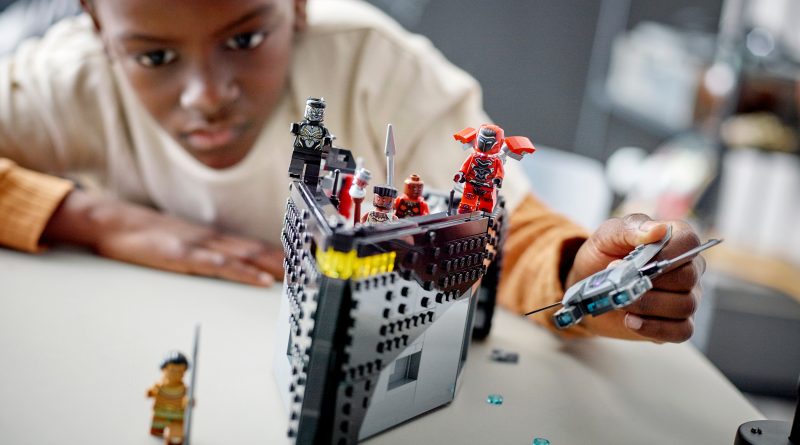 The LEGO Group has now officially confirmed the price of 76214 Black Panther: War on the Water in the UK, US and Europe.

The final addition to the current line-up of Black Panther: Wakanda Forever LEGO sets, 76214 Black Panther: War on the Water had previously been shrouded in mystery. However, the 545-piece model is now available for purchase in multiple territories, with the LEGO Group finally confirming the price of the set as being £79.99 / $89.99 / €89.99.

Predominantly constructed in black and grey LEGO elements, the ship has already been briefly-glimpsed in trailers for the upcoming MCU film, although there’s no knowing at this stage how much of a role it will play in the sequel. Included in the set are minifigures of M’Baku, Okoye, Black Panther and King Namor, as well as the first Ironheart MK2 minifigure.

In addition to the sets listed above, 854189 Black Panther Keyring was also recently added to LEGO.com, although the look of the Wakandan hero doesn’t match the design of any of the minifigures included with the current range of models.

Black Panther: Wakanda Forever is due for release on big screens around the world from November 11.