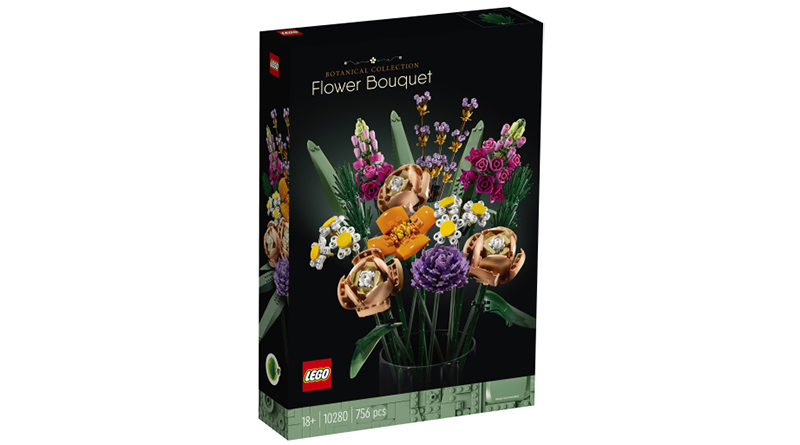 The LEGO Group’s big push into models that are not to scale with minifigures continues in 2021 with 10280 Flower Bouquet part of a new 18+ Botanical Collection.

10280 Flower Bouquet is coming next year, with the new LEGO set featuring a buildable bouquet of flowers. It’s a new 18+ set and is marked as being part of the Botanical Collection.

The 756 piece, spotted by Brickset at Bonito, is likely to retail for around £60. 10 different flowers make up the bouquet, covering multiple different varieties.

Another set in the series, 10281 Bonsai Tree, has also been revealed. It recreates a small tree grown in the traditional Japanese method and comes with a whole set of alternative pink leaves, so it can be reimagined in the same way as 21318 Tree House.

It’s the first time that the LEGO Group has delved into the natural world in an adult orientated set since LEGO Ideas 21301 Birds and continues the push into areas that have previously not been covered in the product range. Notably the set also follows several 2020 18+ releases that offered non-minifigure scale models.