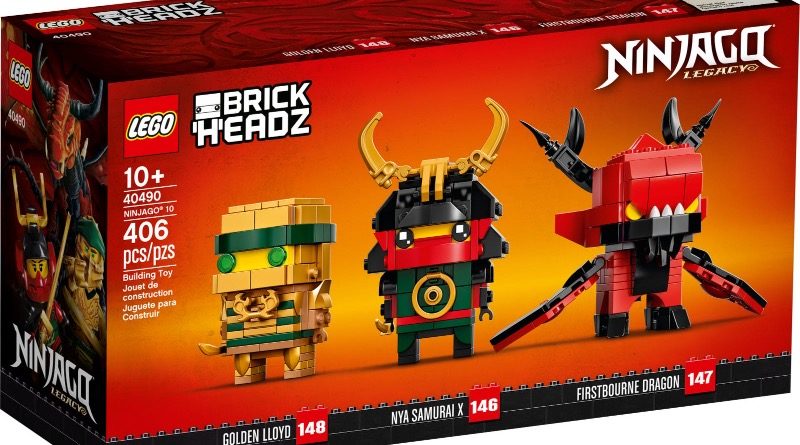 The LEGO NINJAGO 10th anniversary BrickHeadz set 40490 NINJAGO 10 is back in stock at LEGO.com – but don’t expect it to last long.

Originally released as a ‘pay-with-purchase’ model in June, the triple-pack launched for sale proper earlier this month, before selling out within 24 hours. Given that stock was supposedly just leftovers from last month’s promo, we didn’t expect to see it return – but it’s now once again available to order in the UK and Europe.

US fans are unfortunately out of luck, as the celebratory set is still listed as ‘sold out’. It may not take long for other regions to reach that same status, though, as the LEGO Group has placed a pretty high limit of 10 copies per household. Either stock is plentiful, or it needs shifting as soon as possible.

Either way, if 40490 NINJAGO 10 is high on your wish list, best to buy sooner rather than later. There’s nothing worse than LEGO regret. And while the three statuettes of Golden Lloyd, Nya Samurai X and the Firstbourne Dragon are essentially business as usual for BrickHeadz, they do make a cool addition to the wider 10th anniversary NINJAGO celebrations going on this year.

Those include the launch of the theme’s biggest set to date in 71741 NINJAGO City Gardens, clothing ranges, and a collection of golden minifigures spread across this year’s NINJAGO Legacy sets.