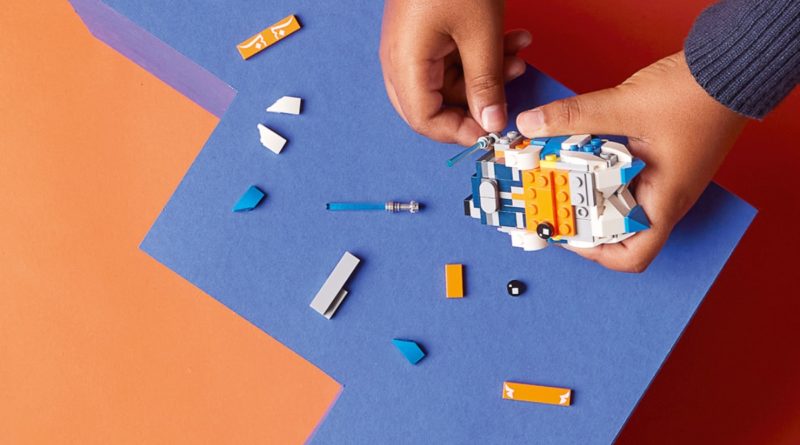 The long-awaited 150th LEGO BrickHeadz has finally arrived, and as rumoured, it’s based on Star Wars’ Ahsoka Tano.

More specifically, it’s Ahsoka as she appeared in Season 7 of The Clone Wars, matching her minifigure in 75283 Armored Assault Tank and this year’s 75310 Duel on Mandalore. Comprising 164 pieces, 40539 Ahsoka Tano is the result of a LEGO Ideas vote to choose the theme for the 150th BrickHeadz statue.

Star Wars beat Minecraft, Lilo & Stitch and Jaws to come top in that poll, but we didn’t know which character the LEGO Group would choose from a galaxy far, far away – until now. 40539 Ahsoka Tano will launch January 1, alongside five other LEGO Star Wars sets, and will retail for £9.99 in the UK, $9.99 in the US and €9.99 in Europe.

Ahsoka’s Clone Wars outfit wasn’t the LEGO Group’s only option, and given the ex-Jedi has more recently appeared in The Mandalorian, it’s pretty surprising the designers didn’t go with Rosario Dawson’s live-action portrayal. On the other hand, we’re yet to get a minifigure of Ahsoka from the Disney+ show, so this BrickHeadz better matches the current LEGO line-up.

Two other Star Wars sets have also been revealed today, in the form of 40557 Defence of Hoth and 40558 Clone Trooper Command Station.

Support the work that Brick Fanatics does by purchasing your LEGO through any one of our affiliate links. Thank you!