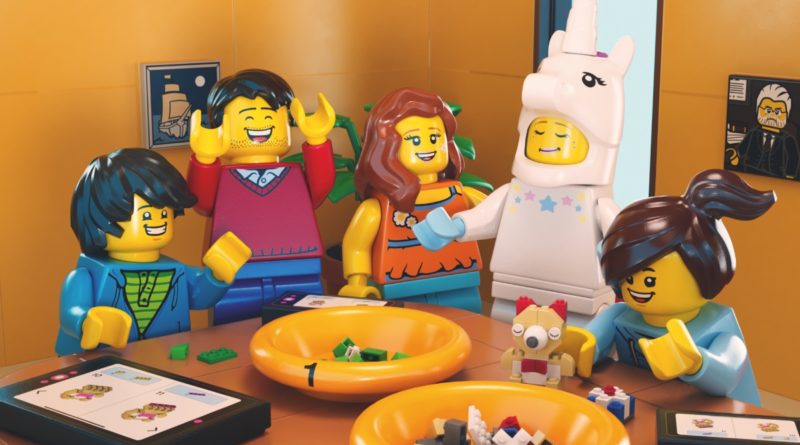 The LEGO Group’s ‘Build Together’ experience is now available on compatible devices, offering a new way to split building sets between multiple people.

Up to five people can work together to build one of six sets in the beta version of the experience, which is available through today’s update for the official LEGO Building Instructions app. Once you’ve downloaded or updated the app, simply scan the QR code in one of the six relevant sets and have the rest of your building buddies do the same thing.

Once everyone’s connected, you’ll be guided through a series of personalised building steps to construct part of the model, before handing your section off to the next builder and receiving one to continue. It sounds like a more involved process than just tackling separate instruction booklets, leaning into the ‘social’ and ‘co-operative’ aspects the LEGO Group is championing across the experience.

The brainchild behind Build Together – one of the first initiatives to come out of the LEGO Lead User Lab, which allows fans to submit their own projects to the LEGO Group – is Dominik Brachmanski, who hails from Germany and originally devised the idea back in 2017, before pitching it to the LEGO Group in 2020.

“It’s been a long time coming and I’ve been fully determined to see this project through, but it’s only been possible thanks to support from members of the AFOL community, close friends and people within the LEGO Group who believed in the idea and contributed to it,” Dominik explained. “There’s a saying: if you want to go fast, go alone. But if you want to go far, go together.”

The six compatible sets in the Build Together beta include CITY, Creator and Creator Expert products. Here’s the full list:

The LEGO Group has already confirmed to Brick Fanatics that the experience will be updated to include more sets – and allow for more than five people to take part at once for larger sets. We’re currently testing out the beta, so keep an eye on the site for our verdict very soon.

3 thoughts on “LEGO Build Together experience available from today”