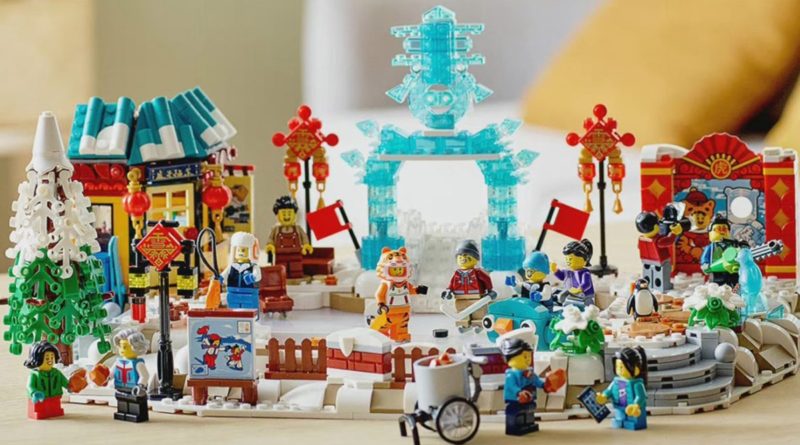 The LEGO Group has revealed the Chinese New Year 2022 sets as part of the China International Import Expo, with two sets planned for release in the future.

These details come from The Brick Fan, who in turn got the images from Dylan Chow on Instagram. The builds are named 80108 Lunar New Year Traditions and 80109 The Lunar New Year Ice Festival. Zusammengebaut has also been able to provide clearer pictures.

80108 Lunar New Year Traditions features six vignettes each depicting a different tradition for the Lunar New Year, with plenty of minifigures included to showcase the various scenes. A collection of unique designs are included too, such as the label on the base of each model, though it is not yet clear if these are prints or stickers.

80109 The Lunar New Year Ice Festival is a more familiar design with a diorama displaying a minifigure-scale festival that is mentioned as potentially being inspired by the Harbin International Ice and Snow Sculpture Festival.

A tiger costume minifigure is included as well as a hut on the left and stand to the right-hand side, with an ice carver at work in front of it. At the back stands a tall ice sculpture giving the model its name.

The release date for both is noted as December 25 for the APAC region, though the LEGO Group has yet to officially confirm this or launch times for other regions, where the sets are likely to be exclusive to the official online store or physical locations.