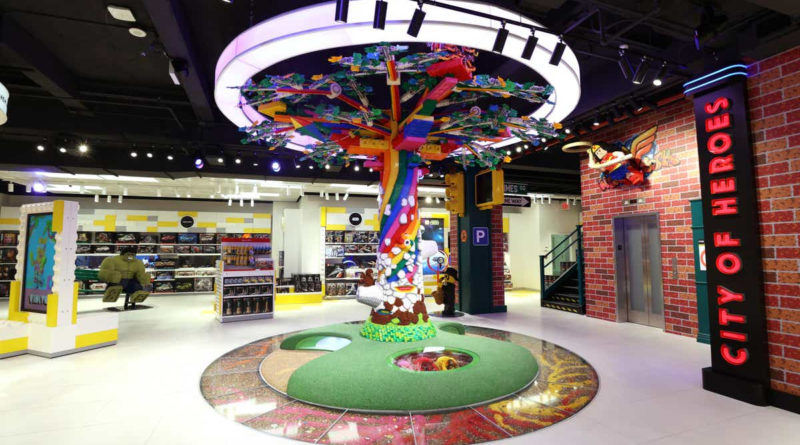 The LEGO Group is continuing its push for more official stores worldwide, with additional plans to introduce a new format to around 60 locations.

As part of the financial report for the first half of 2021, the LEGO Group has detailed plans for their official store locations around the world, whether that be refurbishment or adding even more to their growing empire.

When it comes to new locations, over 60 new LEGO stores were opened around the world in the first half of the year, including more than 40 in China alone as the LEGO Group continues to increase investment in the region. For those curious, the total number of LEGO retail locations as of June 2021 is 737, 291 of which can be found in China.

The previously revealed newly-designed shopping experience coming to select LEGO stores such as the Flagship destination in New York was also mentioned to be coming to around 60 more stores during the second half of 2021, not including the new one in Barcelona.

The company’s online presence grew too, with e-commerce sales across the LEGO Group’s own and its partner’s platforms growing 50% compared to the same time in 2021.

The expansion of online platforms was confirmed to be important to the LEGO Group with accelerated investments in a multi-year, enterprise-wide digital transformation taking place. This will include new products and experiences for shoppers and employees alike as well as digital talent hubs which have now opened in Shanghai, Copenhagen, Billund and London.

For more on the LEGO Group’s first half of 2021 financial report, check out our guide to the results here and the top-performing themes which have now been named.