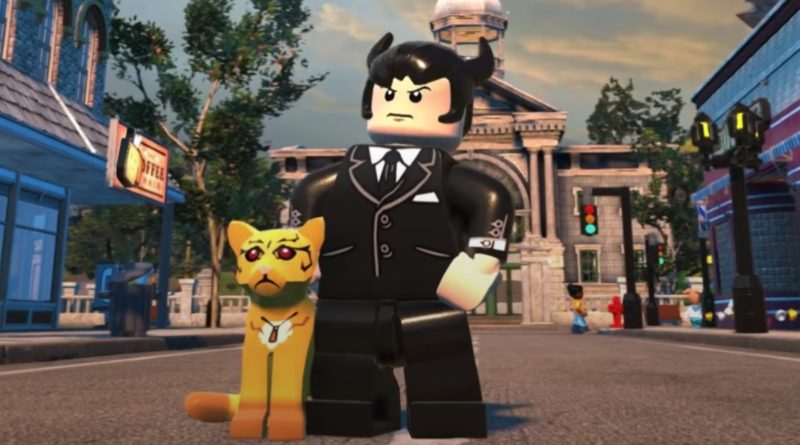 The exclusive minifigure featured in the upcoming LEGO DC Character Encyclopedia New Edition may be a fresh supervillain for the theme.

As reported previously, an updated version of the LEGO DC Character Encyclopedia is on the way in 2022, with an exclusive minifigure whose identity has yet to be revealed. However, evidence in the listing of the novel may have named a character making their brick-built debut.

The description for the book names many minifigures that will feature in the pages, as well as a pair of characters who are only referred to as such. Bronze Tiger is one of those names who has a minifigure in 76160 Mobile Bat Base but Klarion the Witch Boy is a villain who has yet to receive a physical LEGO interpretation.

The naming of this character as the only one to not receive a minifigure may have inadvertently revealed that both a Klarion the Witch Boy minifigure is on the way in 2022 and possibly that it’s included as the exclusive offering as part of the LEGO DC Character Encyclopedia New Edition. However, this hasn’t been confirmed as the title has no book cover currently.

Klarion has received a digital minifigure in the past as part of the roster in the LEGO DC Super-Villains game. He appeared alongside his feline companion Teekl and had a unique hair piece as can be seen in Throneful’s video above. Note that LEGO Games have featured characters who have never received a minifigure before, but it could be a good guide of what to potentially expect.

Whilst we wait to see what’s in store for LEGO DC in 2022, there’s still plenty to look forward to in 2021 with the arrival of 76240 Batmobile Tumbler due on November 1.