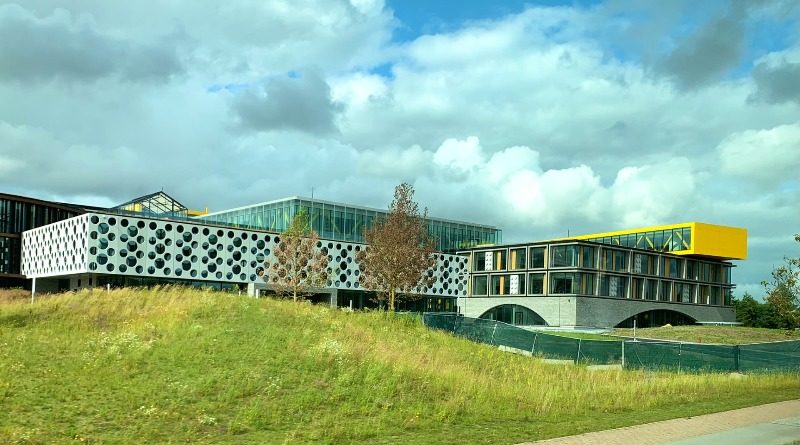 The British-born designer lives and works in Billund, Denmark at the LEGO Group’s HQ, and we can only assume that their walk to work takes them past the new building that’s currently being built.

The LEGO Group never do things by halves when it comes to designing their life-size buildings. Much of the furniture across the LEGO campus is actually made from waste plastic from the moulding machines that create LEGO elements. There is also LEGO-themed artwork and design to be spotted all over their buildings – and this one is no different.

In these initial photos, we can spot that there are enormous versions of the classic 2 x 4 LEGO brick on the side of the building. The white dotted building running along the back, while not being identical to a LEGO element, gives off a stud-like appearance as well.

The top floor of the new building could almost be made from enormous yellow plates. If you look closely, you can see where the parts appear to fit together and the glass of the window is set into the frame, just like it would be if it was actually made of LEGO pieces.

The lower windows also have the same effect, with an overall appearance of an oversized LEGO creation. Who knows, perhaps the first plans were designed using the company’s own iconic bricks?

There’s no official word on when the building will be completely finished, but it looks very close. As George jokes in their tweet, the designers and construction workers are likely nearing the end of their instruction booklet.