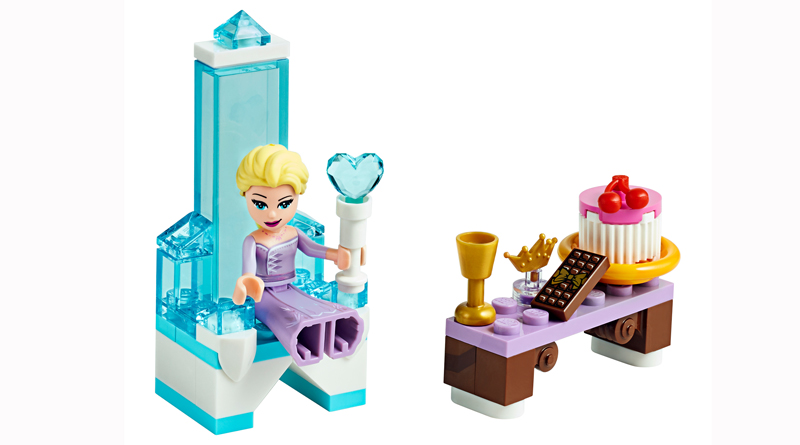 LEGO Disney Frozen II sets arrived recently in anticipation of the next Disney musical animated feature, with 30553 Elsa’s Winter Throne now discovered at Wal*Mart. The Brick Fan reports that the little polybag set is priced at $3.99.The set includes an Elsa mini-doll along with bricks to build an ice throne and table full of treats. 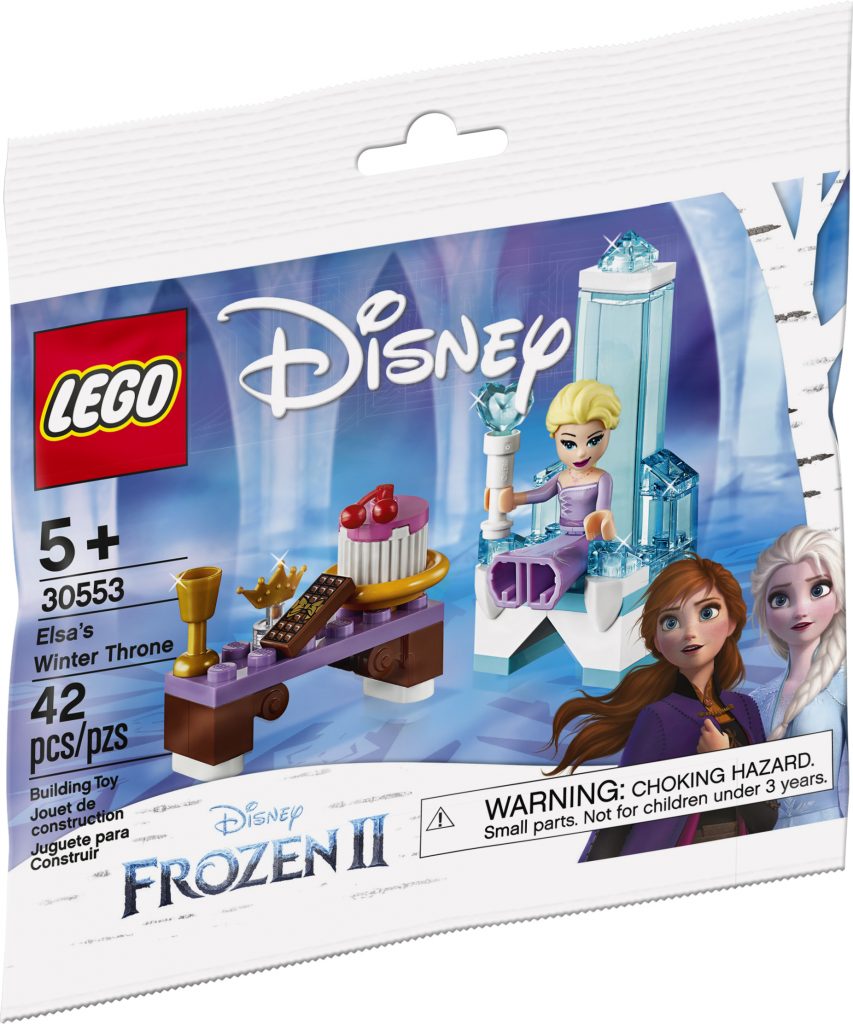 40361 Olaf’s Traveling Sleigh is free with any order at LEGO.com on sets in the theme that totals £50 or more.

Big things are expected from the new theme. “With Disney’s Frozen 2 and Star Wars: Episode IX both launching in the same year, it will be a notable time for the toy industry,” says Juli Lennett, NPD Group Vice President said earlier this year. “If history is any indication of future success, both Frozen and Star Wars will be among the top-selling properties of 2019, just as they were in 2014 and 2015/2016, respectively.”