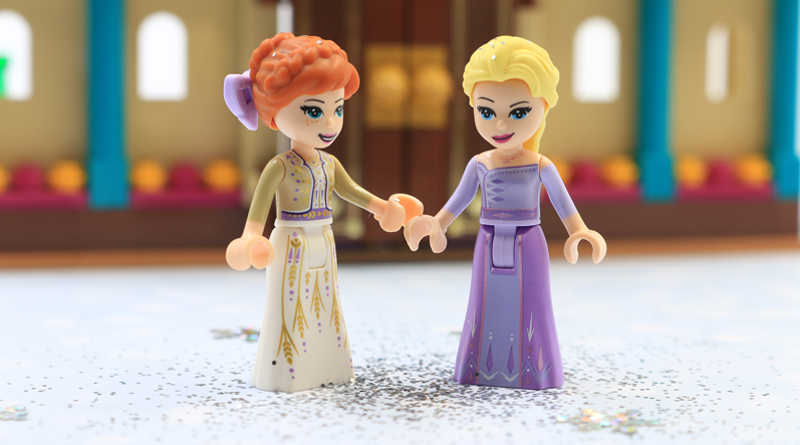 Is 41167 Arendelle Castle Village “the next right thing” in the LEGO Frozen II collection?

Returning in Frozen II are the decorated halls and sparkling spires of Arendelle Castle, which Elsa now happily lives in as she rules as Queen. Considering the upcoming film is going to be centred around her journeying to discover the mystery behind her powers, it’s likely fans won’t actually get to see that much of the location. Nonetheless, 41167 Arendelle Castle Village is not only the flagship model from the new LEGO Disney Frozen II wave, but also contains a smorgasbord of easter eggs that will delight Frozen fans. 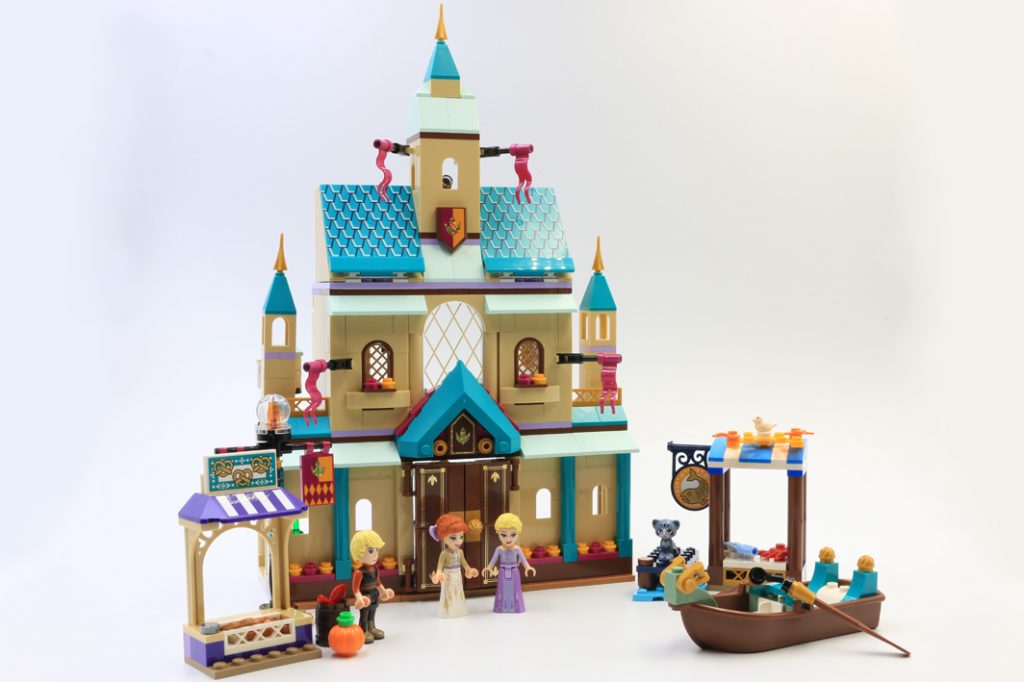 Like most recent LEGO Disney castles, 41167 is modular, so the three floors are made separately on 8×16 lavender baseplates and then stacked together at the end. This makes interior access to the model much easier for play, and does provide the opportunity, with a few modifications, combining this set with 41068 Arendelle Castle Celebration from 2016.

On the ground floor is the throne room which has a beautifully tiled floor made from NEXO KNIGHTS shields and watermelon quarter pieces. Another lovely element are the doors, created from 2×3 tiles clicked onto hinged plates and finished with stickers of the royal crest. They look suitably grand and similar to the ones thrown open in the original film. Elsa’s bedroom takes up the entirety of the second floor and the detailing of this room is incredible, even if it totally relies on stickers. The wardrobe includes every one of the Snow Queen’s dresses, from each of the Frozen films and shorts. There are also portraits of both sisters and an ingeniously designed bed that you can ‘tuck’ a mini-doll into because the coverlet is hinged. Then, just to the side is an adorable dovecot made from a 2×2 round brick with holes recreating entrances for the birds and topped with a tiny pale aqua roof.

In the films, Arendelle Castle has very steep roofs and that have been replicated in 41167 Arendelle Castle Village by using 1x6x5 triangular roof bricks along with angling the newly printed large plates for the tiles. The attic interior is definitely inspired by Olaf’s Frozen Adventure, with a chest for Anna’s old, questionable cosplaying supplies and other family heirlooms. One of these is a bust to display Elsa’s crown that makes perfect use of the new-for-2019 window arch for the ‘shoulders’ of the statue.

Accompanying the castle itself are the village aspects that the set’s name implies and these really add to the role-play opportunities. The fishmonger stall is simple yet effective and the inclusion of a little pier really puts it into context – if the big fish sign wasn’t obvious enough. Alongside this stall is a miniature bakery stand that cleverly uses 1x4x1 fence pieces to create a display for all of the LEGO patisseries. What this part of the build really misses are Arendelle residents to run the stalls and it’s a shame some unique mini-dolls weren’t included.

Both Anna and Kristoff are exclusive to 41167 Arendelle Castle Village, although the Elsa variant is also available in 30553 Elsa’s Winter Throne polybag. Anna is the best mini-doll from this set, with a riot of details across her skirt and jacket, and even a printed pendant around her neck. A big improvement since his 2016 version is Kristoff, although his hair is still too bright, but at least the new leg piece replicates his tunic better. Elsa’s pale purple dress has lovely printing, although not to the extent of her sister. At this price-point it would have been great to have the entire Frozen family by also including Olaf and even Sven.

41167 Arendelle Castle Village is a set that any Frozen fan will enjoy building, with the many film references likely to delight, however the finished model is too small to warrant its high price tag. Rather than ‘let it go’ from your collection, it is one to consider during the Black Friday deals.

41167 Arendelle Castle Village is available now at LEGO.com. You can help support Brick Fanatics’ work by using our affiliate links. 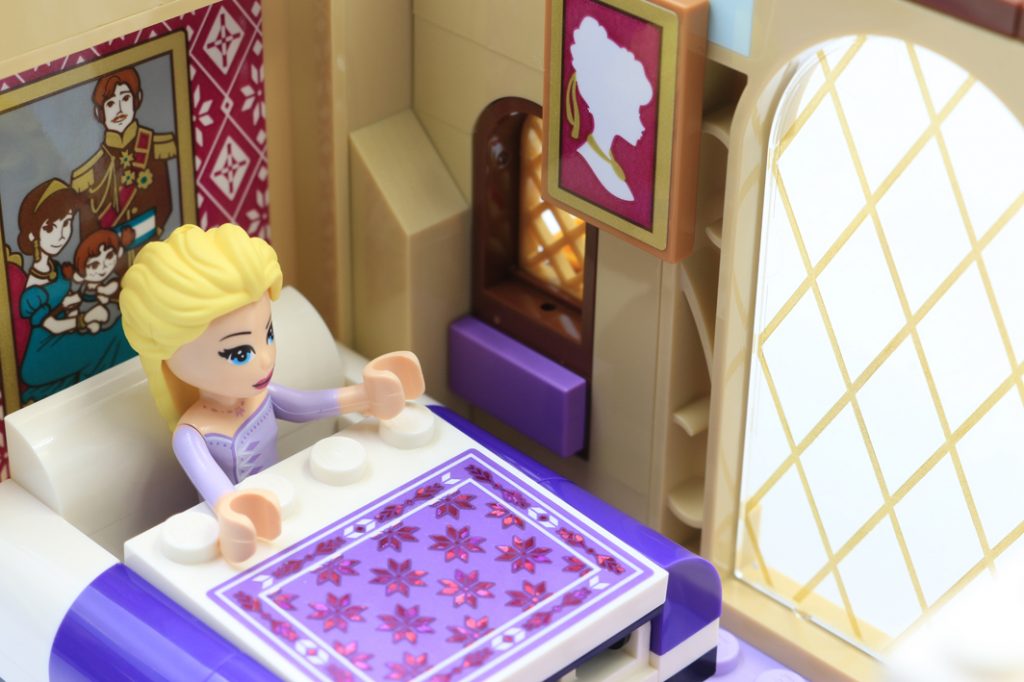