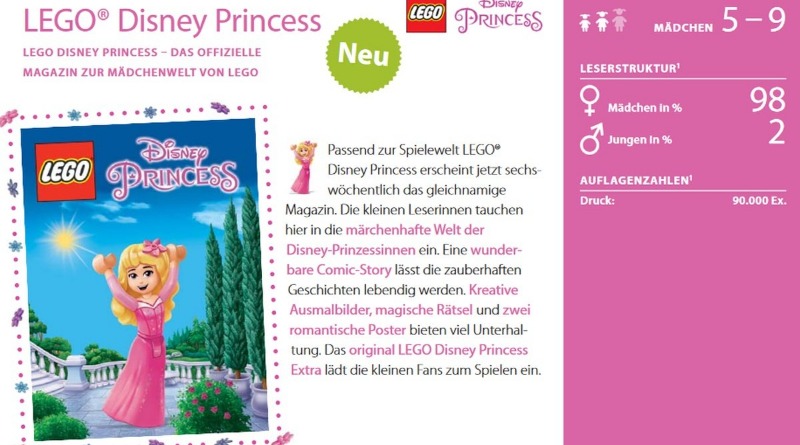 The regular line-up of official LEGO magazines will be joined by a new Disney Princess title next year, according to Stuttgart-based publisher Blue Ocean Entertainment.

The full list of 2020 titles has been revealed (via Promobricks), with the usual mix of CITY, NINJAGO, Jurassic World, Batman, Star Wars, Hidden Side and Friends all returning to supermarket and newsagent shelves. Disney Princess will be the 11th concurrent title published by Blue Ocean, with the full list for next year as follows:

As the magazines often bundle in free gifts of physical LEGO, this could be another avenue to pick up some much-loved characters in mini-doll form.

Back in April, a four-year-old girl asked the LEGO Group for “more girls in your magazine”. In response, the company promised to review future editions to make sure the magazines reflect its position that play is for everyone.

Whether the Disney Princess title is a knock-on effect of that exchange is impossible to say – and, let’s be honest, highly unlikely – but either way, a title produced for the young girl demographic isn’t quite the same thing as ensuring more equal representation in a non-gender-specific magazine.