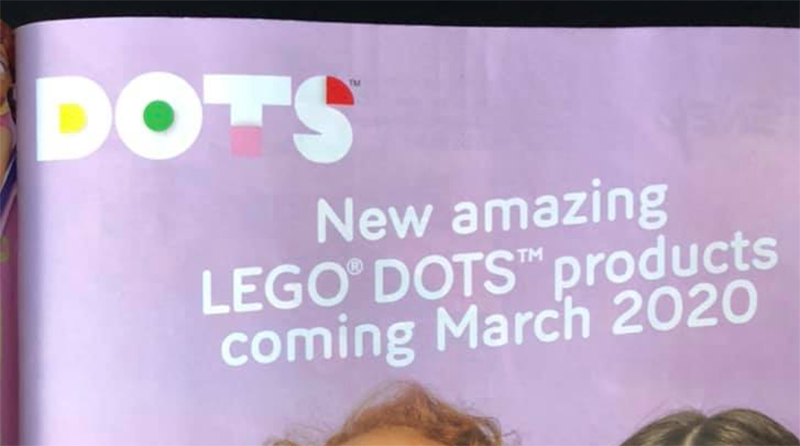 A new LEGO theme, DOTS, will launch in March this year.

Last week, 2020 kicked off with a brand new theme – LEGO Trolls World Tour. The next new theme coming this year will arrive in March, LEGO DOTS. It has been announced via a new catalogue, with the page shared on Facebook by Candid Bricks. The same advertising confirmed that LEGO Minions: The Rise of Gru sets will be released in May.

Brick Fanatics understands that LEGO DOTS was intended to launch in 2019, but was delayed until 2020. Although the release date was assumed to be January this year, it turns out that it will arrive in March.

The theme is understood to be a make-your-own jewllery line aimed at girls, similar to Clikits. As well as featuring existing elements, there will likely be a large number of new elements introduced in the sets.

Last week, a whole range of new LEGO Friends launched around the world: