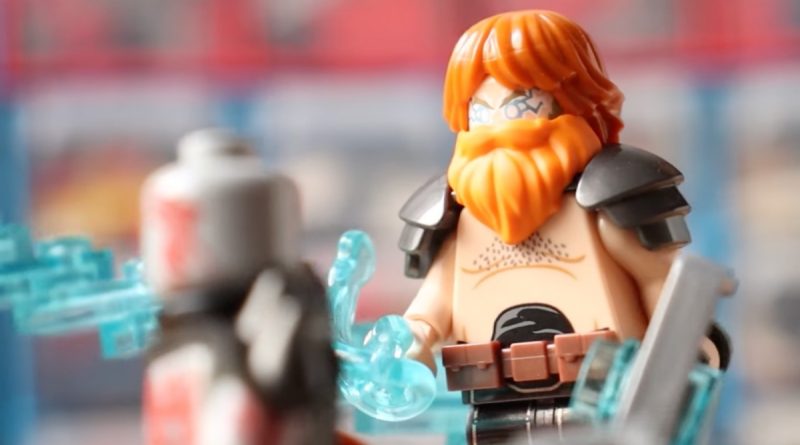 The LEGO Group will probably never produce official God of War Ragnarök sets, but all the pieces you need to pit Kratos against Thor are already in circulation.

PlayStation’s hottest new game has blazed a continued trail of success for the Norse-inspired franchise, reaching a score of 94 out of 100 on review aggregator Metacritic, tying with 2018’s reboot-cum-sequel God of War. But while the LEGO Group has partnered with PlayStation for this year’s 76989 Horizon Forbidden West: Tallneck, it’s unlikely we’ll ever see official products for God of War Ragnarök, mainly by dint of its 18 rating.

Those of us hoping to bring home minifigures of Kratos, Atreus and Thor will therefore have to resort to custom versions – but thankfully, the necessary pieces for at least two of those three characters are already in existence. YouTuber hachiroku24 has come up with a mini LEGO God of War Ragnarök diorama that features both Kratos and Thor, with the latter surrounded by trans-blue lightning effects.

It’s a simple showcase for the two minifigures, but they’re really the star of the show here anyway. Kratos uses the Guardians of the Galaxy’s Drax as a base, swapping out his legs for Mighty Thor’s – from 76207 Attack on New Asgard and 76208 The Goat Boat – and adding a beard, shoulder pauldron, an axe and a shield.

Hit play on the video further up to see these two minifigures in situ in hachiroku24’s LEGO God of War Ragnarök build. The highly-acclaimed video game sequel from Santa Monica Studio is out now, while you can still catch an official LEGO PlayStation fix through the sublime 76989 Horizon Forbidden West: Tallneck.