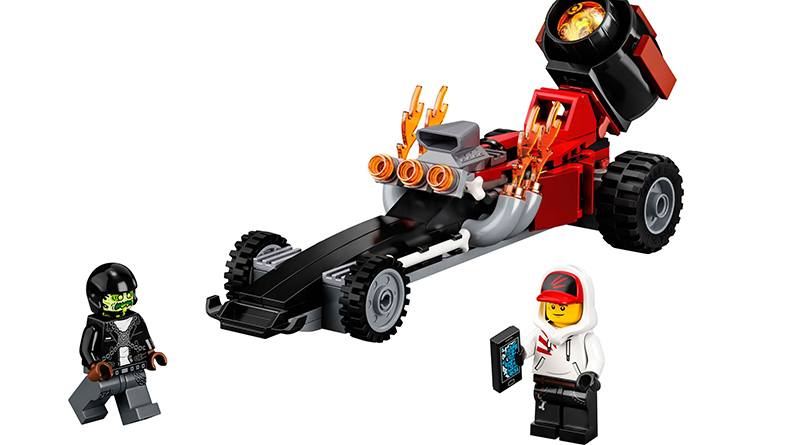 LEGO Hidden Side 40408 Drag Racer has been revealed in official images.

Late January and early February will see a LEGO Hidden Side promotion at LEGO.com, with a gift-with-purchase set on the way. Brickset has shared an image of thew new set, 40408 Drag Racer.

The 134 piece set builds a drag racer that can be used for stunts, firing a minifigure from the cannon at the back. With this being Hidden Side, the included stunt minifigure has of course been taken over by their spooky side.

Six new sets launched at the start of the year, to continue the digital infused story based theme:

The Hidden Side deal launches on January 24 and will run until February 9, it is likely to be available around the world.