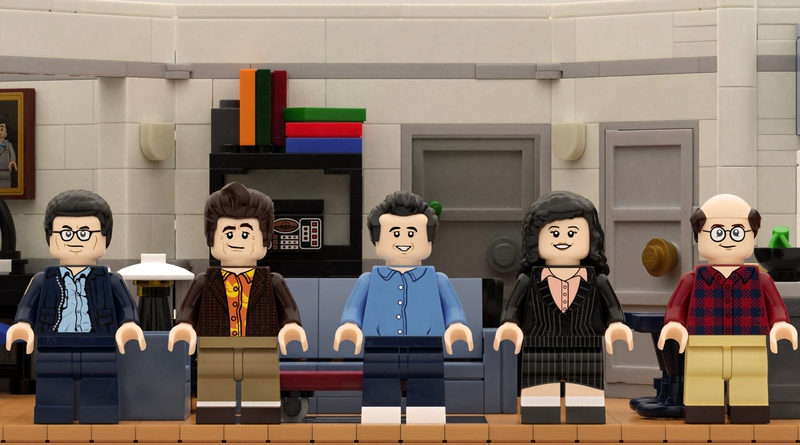 Larry David and Jerry Seinfeld’s genre defining sitcom, Seinfeld, is to be released as an official LEGO Ideas set.

LEGO Ideas Design Manager Samuel Johnson and Engagement Manager Hasan Jensen have announced that Seinfeld will be captured as a LEGO set. Brent Waller submitted the concept to the LEGO Ideas platform, before 10,000 other fans voted for it, with the LEGO Group now having approved it for release. An expert LEGO designer will adapt the fan design to make it suitable for an official box.

While Seinfeld often strays outside of territory that would be typically considered ‘on brand’ for the LEGO Group, the Big Bang Theory and Friends have also had official sets released, so there is precedent. Conveniently, the LEGO Group also recently changed the company’s adult marketing strategy with a new 18+ label, which will clearly communicate who the set is for.

Running for nine years from 1989 until 1998, the ‘show about nothing’ influenced many of the more intelligent sitcoms that followed. It also offered an early showcase of the acting talents of Jerry Seinfeld himself as he stepped up from stand-up comedy. The LEGO Ideas project suggests core group Jerry Seinfeld, Elaine Benes, George Constanza and Cosmo Kramer as well as Newman for the minifigures.

Brent Waller is no stranger to LEGO Ideas success, having seen his 21108 Ghostbusters set released in 2014.