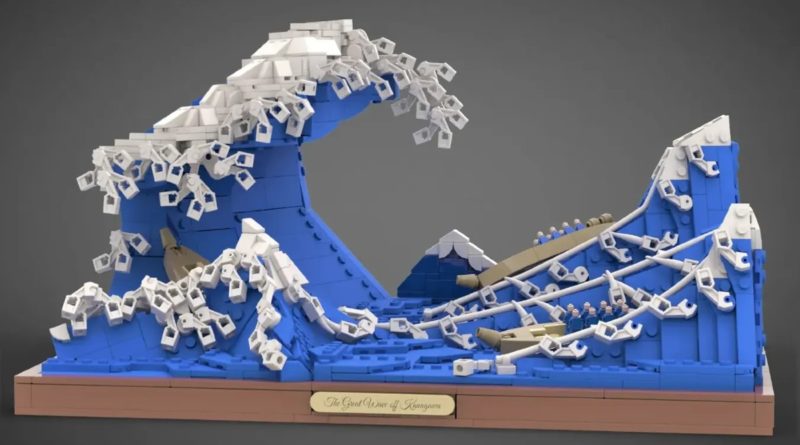 The latest rumour for a LEGO Art The Great Wave off Kanagawa may spell bad news for a project in the second 2022 LEGO Ideas review.

According to a new rumour, LEGO Art is reported to be getting a model based on The Great Wave off Kanagawa woodblock print. However, a LEGO Ideas project currently in review shares that source material.

Unless a LEGO Ideas project is to be part of another theme, a rarity for the range, LEGOverwatch’s The Great Wave off Kanagawa project may have little chance of being chosen in the second 2022 review round.

We previously shared that this project may stand a good chance in the review round, though it seems less likely provided this rumour is accurate.

It could cross over into another theme, but traditionally LEGO Ideas models have all followed the same trend when it comes to their set number, starting with ‘21’ unless they are promotional items or re-releases and the rumour states that the reported set is named 31208 The Great Wave off Kanagawa. Also, another art-based model that could fit in with LEGO Art – 21333 Vincent van Gogh ­– The Starry Night – is part of the fan-inspired theme.

The LEGO Group has not confirmed this rumour and all unconfirmed information should be taken with a pinch of salt just in case.