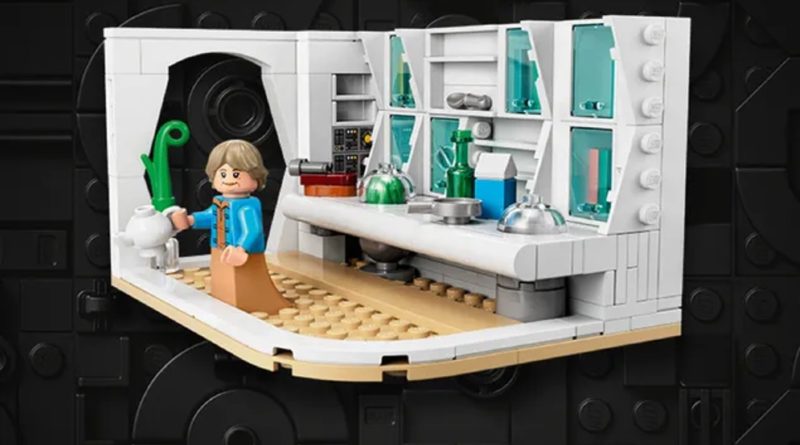 From a galaxy far, far away, the next LEGO Star Wars GWP is a model of the Lars Family Homestead Kitchen with a never-before-seen minifigure.

Every year for May the Fourth, the annual Star Wars Day, the LEGO Group offers an exclusive gift-with-purchase. In the past, these have depicted miniature dioramas of ship-based scenes from the movies. However, that changes in 2022 as the first exclusive LEGO Star Wars May the Fourth minifigure for some time has been revealed.

40531 Lars Family Homestead Kitchen might not sound like the most exciting model inspired by a galaxy far, far away in theory, though in reality there may be more to love than you would expect in the GWP, as it features the first minifigure of Aunt Beru ever.

After a much smaller version of the character was included in 40451 Tatooine Homestead in 2021, the LEGO Group have decided to greatly expand on the Tatooine lodging with a detailed build of the kitchen – arguably one of the most niche scenes for a LEGO Star Wars GWP to reference. The niche nature of the set might just make it all the more desirable though.

To get this set, you’ll need to spend over £160 / €160 / $160 on LEGO Star Wars sets from May 1 to May 8. There’s scheduled to be a lot more to grab during the upcoming event, including a new Ultimate Collector Series model – 75341 Luke Skywalker’s Landspeeder. For a full run-down on what to expect, click here.