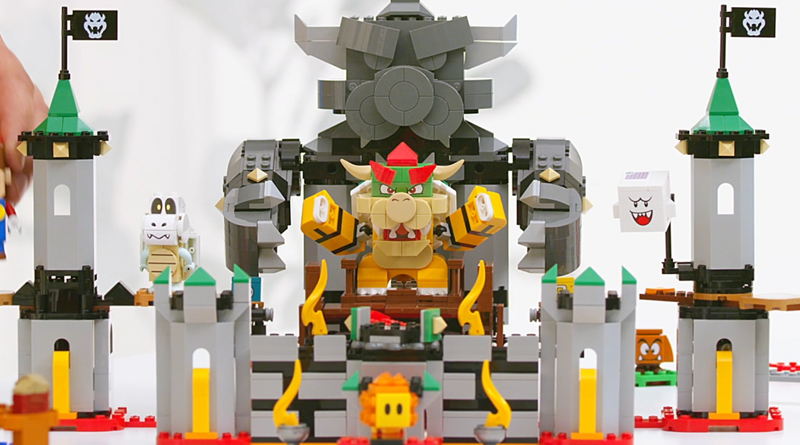 “The LEGO team and I have been playing Nintendo games every since we were kids. Today, I am happy to announce that we have been working with Takashi Tezuka and his team to co-develop a unique and never seen before way to play and interact with LEGO bricks,” he says.

“This is LEGO Super Mario, now you can build, play and collect coins and go on adventures with Mario in the real world. What you see here is the starter course.

“Since it is the entry point into the LEGO Super Mario theme, it needed to be iconic and instantly recognisable, highly modular while also showcasing all of LEGO Super Mario’s great building features such as the accelerometer and gyroscope, a sensor reading colour and action bricks, a speaker allowing him to talk and play music, and screens in his eyes, mouth and bellow to display action.”