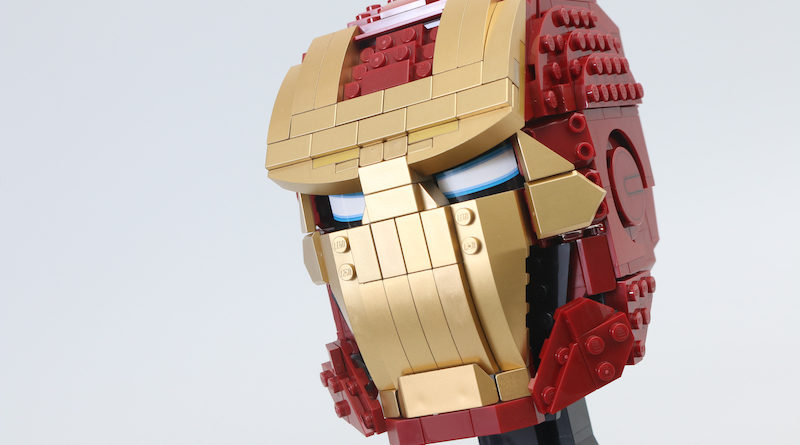 76165 Iron Man Helmet is reflective of an exciting direction that LEGO Marvel and the LEGO Group are going in, but, man, what a dreadful way to start.

LEGO Marvel has well and truly leaned into the popularity of Iron Man in recent years and, combined with the LEGO Group’s increasing appetite to test the creative waters, 76165 Iron Man Helmet represents one of the first steps into a fascinating direction. There have been collectibles and toys from other manufacturers to explore and capitalise on the popularity of characters and their helmets from particular franchises, but the LEGO Group’s venture into such territory brings with it a whole new experience simply thanks to being able to build such things.

What’s better than owning a replica Boba Fett or Iron Man helmet? Putting it together too. There’s more to appreciate and even learn from such a process, and the LEGO Group’s move into this market carries such potential. Unfortunately, though, 76165 Iron Man Helmet isn’t a great start.

Fans of Iron Man have been spoilt for choice of late, and you’d be forgiven for overlooking something like 76165 Iron Man Helmet. Indeed, combined with the more attention-grabbing trio of LEGO Star Wars helmets that released earlier in the year, 76165 Iron Man Helmet sits almost lost in identity. On the one hand it sits as one of many Tony Stark-based LEGO creations released of late, looking to ride the wave of his popularity before the Marvel Cinematic Universe moves into phase four without him. On the other, it’s a solitary helmet that is built to the same scale and style as those in the Star Wars range. There are likely more Marvel (and maybe even DC) helmets to come, but, on release, 76165 Iron Man Helmet definitely sits unusually.

Primarily, though, its issues lie not for where it may sit best on shelves, but for what it is as a LEGO set, as the build it is meant to be. From more than one angle, as many a first impression and more than one review will point out, there’s a lot about 76165 Iron Man Helmet that does not work, which for what is well and truly only designed to be a display piece, is somewhat of a disaster.

For his popularity as a character and the potential drop-off in relevance and marketability, Iron Man was always going to be the obvious choice to kick off the LEGO Marvel and DC Super Heroes-themed helmet range. But for the complexity of his helmet, you can’t help but imagine the design team appreciating a little more time and experience on a few other helmets, heads and busts, before tackling this one.

It’s not a simple helmet to recreate as the skilful but still compromised versions we have grown to accept at minifigure scale demonstrate. There are incredibly subtle but plentiful changes in direction and angle across the front side of the helmet in particular, from the continuous slope from the top of the head all the way down the forehead to the light brow above the eyes, to the pronounced cheekbones, curved jawline and defined chin. This is a face that on first glance may seem featureless beyond the eyes and two-colour paint-job, but on further inspection, is incredibly precise in its shaping and structure.

And that’s why the LEGO helmet looks so odd and unrecognisable. Most immediately, the face is too flat, the jawline protrudes where it should sink in, the eyes are too deep and the head too wide. That furrowed brow expression is also most unfortunate, for being the most striking issue with the overall expression and perhaps most reflective of the face you’ll be pulling once you’ve finished building 76165 Iron Man Helmet.

These helmet builds – the Star Wars ones included – are tricky to get right at such a scale as has been selected. It’s clearly a build crying out for smaller plates and tiles to offer more opportunity for sharper, more accurate renderings of the source material, but, at what cost would that be to the consumer? How much more would anything more accurate and with more pieces actually cost?

It’s easy to criticise and hard to compliment sometimes. 76165 Iron Man Helmet is incredibly flawed as an accurate portrayal of its source material and first impressions will only reflect that. However, a more considered appreciation for the artistic creation that it is can be found, over time. Take the position that this is more of a subjective impression of an iconic character, for instance. Whilst the positioning of Iron Man’s features aren’t as expected or hoped within 76165 Iron Man Helmet, they are all still there, and eventually, once the eye accepts things, the helmet’s ‘face’ does start to appear. It’s a model that has potential to grow on you.

It’s also still most obviously Iron Man, even if not perfect, and for wider LEGO Marvel collections or for helmet-based display-centric collections, it has a more than viable role to play. This direction of design overall is really fascinating from the LEGO Group and as more helmet-based releases come the impression is that 76165 Iron Man Helmet will begin to find more fans and a more solid appreciation.

But it remains far from perfect, particularly for being the first LEGO Super Heroes helmet, and particularly for anyone hoping for something really accurate. For where the helmet range carries great potential looking ahead, for the budget currently at play here, 76165 Iron Man Helmet feels like a misfortunate compromise both for LEGO fans buying it and for a design team who with a little more flexibility could produce something even better.

None of the Helmet sets released so far – this one in LEGO Marvel, the three in LEGO Star Wars – come with minifigures. Creatively, it feels like a missed opportunity to add a final touch of detail, depth and LEGO authenticity, but practically, it feels like the reason the price isn’t any higher too.

76165 Iron Man Helmet comes in at £54.99, the same price as the LEGO Star Wars trio of helmets, and at the similarly variable scale too. At that price, 480 pieces is roughly about average value, whilst the high number of gold pieces will certainly catch the attention of wider LEGO fans and builders.

At any price, though, value first and foremost has to be felt in the product as it is intended. As a build process it is just as interesting as the other helmet sets so far – they are all great fun to put together – but as a final model, it is frustrating. You need kind eyes to look beyond its faults, but at £54.99 and what that buys you elsewhere in the LEGO store, your gaze won’t be too sympathetic.

Unfortunately, 76165 Iron Man Helmet does not deliver where it needs to most, as a display model that accurately recreates an iconic Marvel character’s helmet. It’s a scale, working budget and build approach that is clearly providing a few challenges for the LEGO design teams in both Marvel and Star Wars in these early sets.

And for those challenges, it is 76165 Iron Man Helmet that suffers the most. Don’t completely write this set off from your collections – the popularity of the character and the increasing appeal that a second and third chance on display offers are both valid considerations – just don’t pick it up with high expectations that it’ll look any better out of the box than the photography otherwise suggests.

Support the work that Brick Fanatics does by purchasing your LEGO through one of our affiliate links, like this one. 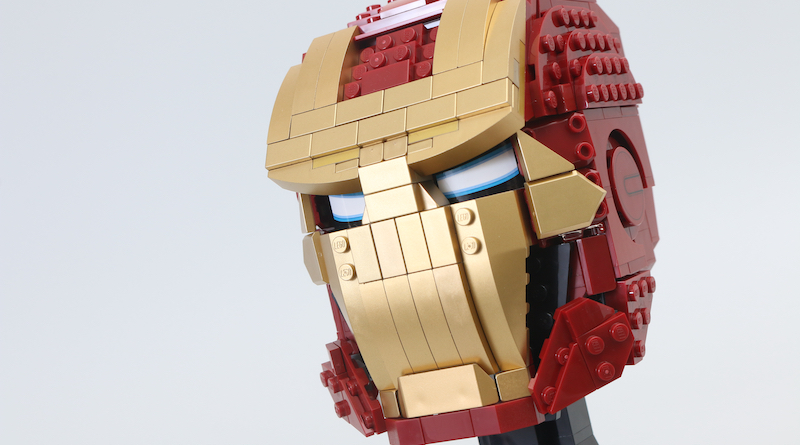