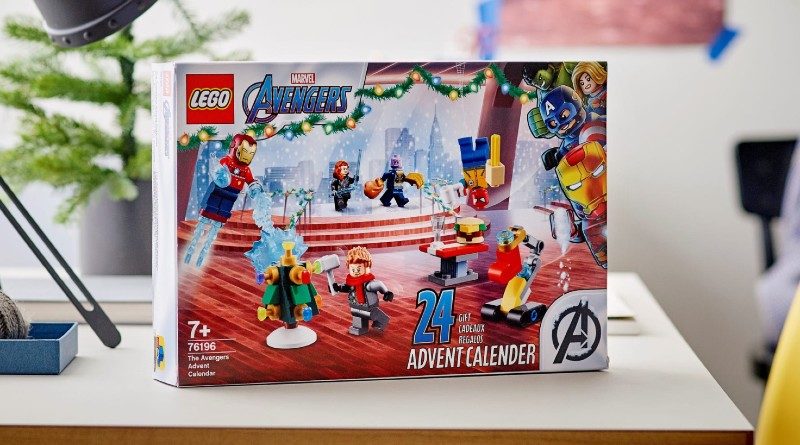 The newest addition to the seasonal LEGO Advent Calendar offerings has been added to the official online store, revealing the price and release date for Marvel 76196 The Avengers Advent Calendar.

Along with the launch day and cost of LEGO Marvel 76196 The Avengers Advent Calendar, LEGO.com has now been updated with a gallery of high-quality images exploring every detail of the upcoming model. That should serve as enough warning that spoilers are about to be discussed.

The usual collection of 24 builds are included in the first Marvel seasonal set of its kind, with microscale versions of past sets and some exclusive minifigures for fans to get their hands on. It also expands on an older Iron Man creation with two new modules.

The provided images from the official online store not only detail the models within the daily doors though, as a single picture provides the best look yet at the two exclusive minifigure designs for festive Iron Man and Spidey. Tony appears to be pleased with his arc reactor-integrated Christmas Jumper whilst Spider-Man is wearing a warm jacket over his usual red and blue uniform.

The LEGO Marvel 76196 The Avengers Advent Calendar will be available to shoppers starting on September 1 for £24.99 / $39.99 / €29.99, the same day that the other four themed equivalents from Harry Potter, Star Wars, CITY and Friends will release giving you plenty of time to decide which one you’ll be counting down the holidays with this year.