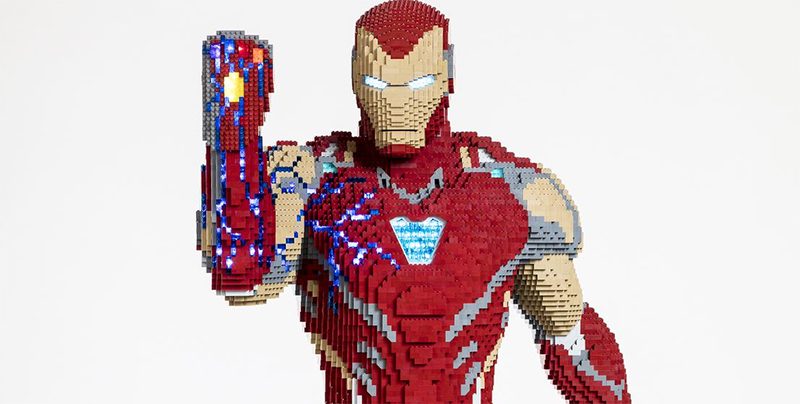 To decorate the LEGO area at San Diego Comic Con, the LEGO Group will be bringing along a LEGO Marvel Avengers: Endgame Iron Man statue.

An incredible LEGO Marvel Avengers: Endgame Man statue is coming to San Diego Comic Con this week. The life-sized model sees Iron Man making the ultimate sacrifice as he does at the end of the epic film.
Using 35,119 elements and weighing in at 188 pounds, the model was constructed in 255 hours.

A Sith Trooper statue, inspired by Star Wars: The Rise of Skywalker, will also be on display at the event, which is taking place from July 18 until July 21.

Six LEGO exclusives have been unveiled for this year’s edition of the pop culture extravaganza. the line-up is Stranger Things Barb, Star Wars 77901 Sith Trooper Bust, Marvel 77902 Captain Marvel and the Asis, Marvel PS4 Spider-Man, DC Zebra Batman and DC 77903 The Dark Knight of Gotham City. For the exclusives that can be purchased, attendees need to register in advance. Minifigures will be free and distributed in a random draw for those at LEGO stand at the correct time.