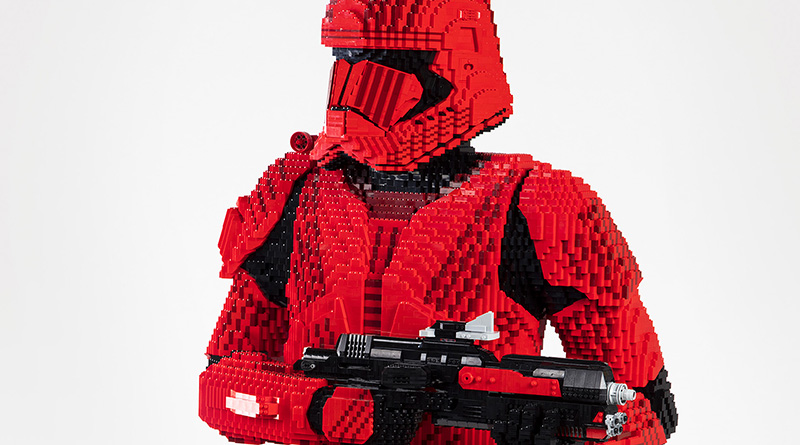 The LEGO Group has revealed the Star Wars: The Rise of Skywalker Sith Trooper statue that will be on display at San Diego Comic Con later this month.

When Star Wars: The Rise of Skywalker arrives in cinemas this December, audiences will be introduced to the red armoured Sith Troopers. At the LEGO booth at San Diego Comic Con 2019, fans can get a first taste of these new troopers, thanks to a life-sized LEGO statue that uses 34,307 bricks.
The imposing model stands at six feet and two inches tall, with 259 hours design and construction hours clocked.

There will also be an opportunity for fans to take the Sith Trooper home, as the first ever LEGO set based on Star Wars: The Rise of Skywalker will be exclusively available to buy at the event. 77901 Sith Trooper Bust is a 484 piece set that will cost attendees $45 if they win the opportunity to buy it.

The pop culture extravaganza is taking place from July 18 until 21. A screening of LEGO DC: Batman: Family Matters has been announced for the event, as has a LEGO animation panel.