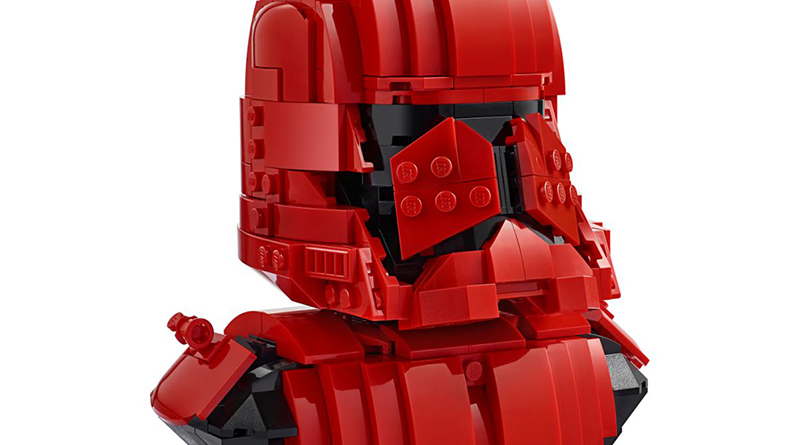 This year’s LEGO Star Wars exclusive for San Diego Comic Con is the Sith Trooper Bust, based on The Rise of Skywalker.

In December, Star Wars will return to the big screen with The Rise of Skywalker and ahead of that, on October 4, fans will be able to buy all-new LEGO sets based on the movie. But the very first set based on the new film will be available at San Diego Comic Con, which is taking place from July 18 until 21. Yahoo has unveiled LEGO Star Wars 77901 Sith Trooper Bust, which follows a similar style to the Star Wars Celebration exclusive 75227 Darth Vader Bust.

The striking red armoured character will be introduced in the franchise’s next film – that will conclude the Skywalker saga – for the first time. To be in with a shot at getting the bust, attendees need to register on the San Diego Comic Con exclusives portal, sign up for the random draw and have $45 ready in case they are selected to buy the 484 piece set.

Four other LEGO exclusives have been unveiled so far. Marvel 77902 Captain Marvel and the Asis, Marvel PS4 Spider-Man, DC Zebra Batman and DC 77903 The Dark Knight of Gotham City.