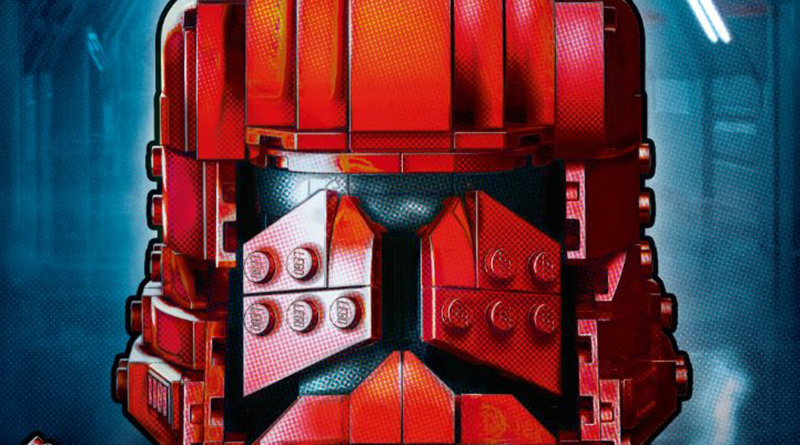 The very first LEGO Star Wars set inspired by The Rise of Skywalker will be released at San Diego Comic Con as a convention exclusive, and now there are more images of 77901 Sith Trooper Bust to enjoy.

A new San Diego Comic Con exclusive set has been announced, this time for the LEGO Star Wars theme. 77901 Sith Trooper Bust will be available only at the event to the lucky few who win a random drawing to have the opportunity to purchase it.

77901 Sith Trooper Bust is inspired by Star Wars: The Rise of Skywalker and is a first glimpse at this new type of trooper that will be seen in the film when it arrives in cinemas this December. As with the other 2019 exclusive sets, it comes in a special box with a cardboard sleeve that slides over it with a comic book cover vibe.