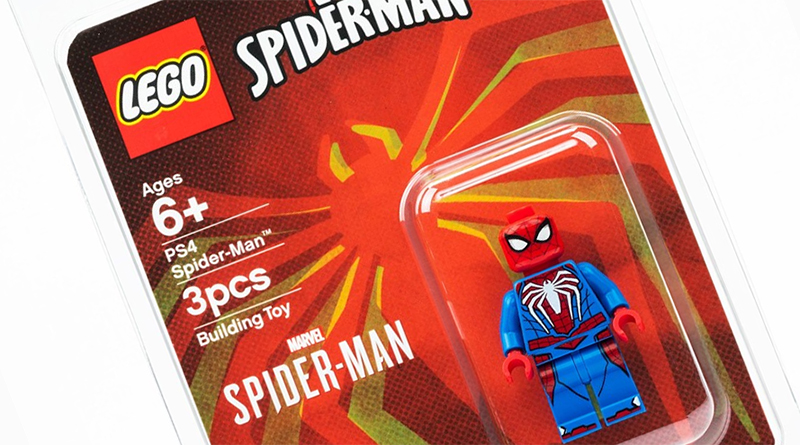 The latest of the LEGO Group’s San Diego Comic Con 2019 exclusives has been revealed to be this Marvel PS4 exclusive Spider-Man.

A second LEGO Marvel exclusive is coming to San Diego Comic Con (SDCC) when it rolls into town next month, with PS4 Spider-Man representing the character as he appears in the Marvel Spider-Man video game. Attendees will be able to have the chance to win the minifigure in a random instant-win draw that will take place on Thursday, July 18. Those who will be at the event should keep an eye on the LEGO Group’s social media and SDCC website for all of the key details.

So far, the LEGO Group has also announced 77902 Captain Marvel and the Asis and 77903 The Dark Knight of Gotham City for the convention, which fans need to pre-register for to be in with a chance of buying.

Sets from Avengers: Endgame, are available from shop.LEGO.com:

As are sets from Spider-Man: Far From Home: